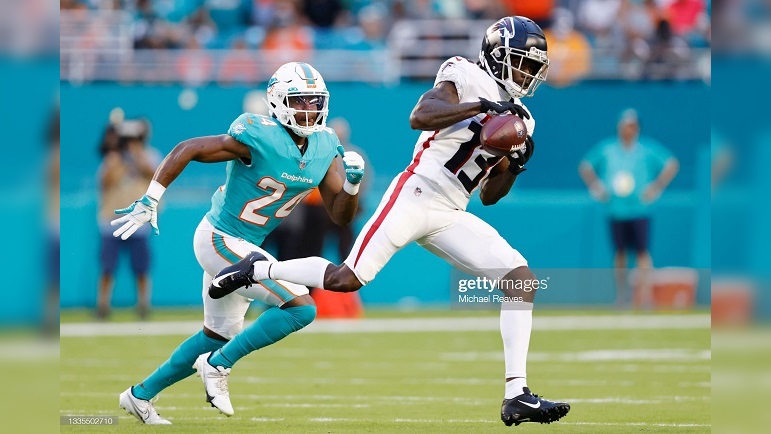 The Pittsburgh Steelers made another transaction ahead of their Thursday training camp practice, as wide receiver Christian Blake was signed and wide receiver Javon McKinley was waived as injured.

Blake entered the NFL originally with the Atlanta Falcons in 2018 as an undrafted free agent out of Northern Illinois. He has since been a member of the Arizona Cardinals but was waived by them on August 2.

To date, Blake has 28 career receptions in the NFL for 257 yards. He has appeared in 41 NFL games, and all of them came as a member of the Falcons.

In college, Blake caught 83 passes for 972 yards and six touchdowns over a span of four seasons. He also rushed 26 times for 89 yards and a touchdown at Northern Illinois.

Blake will wear No. 21 for the Steelers.

McKinley was signed on August 1. He suffered a shoulder injury during Wednesday’s practice, so he was waived as injured. He’ll likely clear waivers and revert to the Steelers’ Reserve/Injured list.