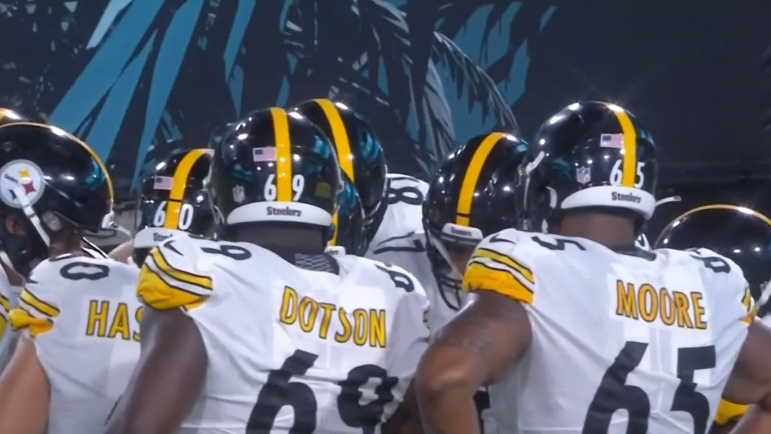 Everyone has a plan until they get hit in the mouth. Last week, the Pittsburgh Steelers’ offensive line got hit in the mouth. And they crumbled as if they were fighting Mike Tyson. Sunday’s game against Detroit is another exhibition contest and they don’t count in the standings. But this is meaningful action for the Steelers’ front five, a unit that looked as bad as bad could be last Saturday against Jacksonville. The summer is for addressing and correcting mistakes and speaking to reporters Friday, Mike Tomlin’s liked what he’s seen from the o-line. But he knows none of that matters if they don’t get the job done this weekend.

“We measure weeks on performance and so seemingly it’s been a good week,” he told reporters via a team transcript. “But we will turn the tape on from Sunday and judge it that way because that’s how we’re always judged.”

That week of work also included some public accounting of play with Kendrick Green and others having their tape reviewed in front of the entire team.

Pittsburgh’s offensive line has been its weakest link, a young unit working with another offensive line coach. For some, their third in three years. Mitch Trubisky ran for his life in first half action against Jacksonville while Kenny Pickett repeatedly had to make throws under duress. An unstainable model going forward and one the organization knows it has to correct. Improvements during practice are a good start, but the only thing that matters is what happens when players hit the field.

“We can talk ourselves into feeling good based on what transpires out here or feeling bad. The reality is when the lights come on, we got to do the job. I judge weeks, not only in regard to them but all of us, based on how we perform in stadium.”

The Lions’ pass rush isn’t quite as fierce as the Jaguars’, but they boast the #2 overall pick in DE Aidan Hutchinson along with proven veterans like Charles Harris and DT Michael Brockers. Pittsburgh’s offensive line must be significantly better than they were a week ago. Even their run blocking was poor. Hiding a bad offensive line is near-impossible to do, and the Steelers haven’t had a good front five in several seasons. Like 2021, the o-line is this team’s X-Factor. As they go, so does this offense and by extension, the team and the season.

So Pittsburgh will return this week with a plan to combat those punches. Hopefully they block them better. And I mean that literally.