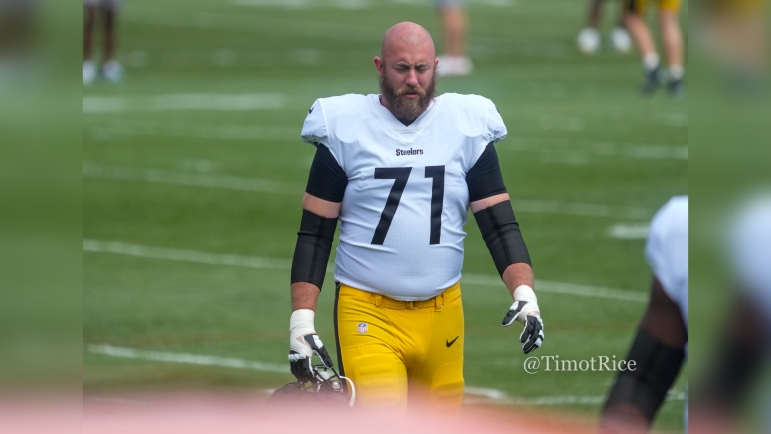 In a bit of shocker, the Pittsburgh released offensive tackle Joe Haeg, according to NFL Network’s Mike Garafolo. Haeg had just returned to practice today after missing time after being in the concussion protocol, but he looked solid in the one preseason game he played in against the Seattle Seahawks.

The #Steelers are releasing veteran OL Joe Haeg. Versatile guy who could be a quick option for depth for another team.

It appears that Haeg lost out on the third tackle spot to Trent Scott, who has spent his entire career playing under offensive line coach Pat Meyer. Haeg will likely be in-demand elsewhere due to his experience. The move could also be in response to the team’s trade of Jesse Davis (reported by Ian Rapoport). Davis has versatility between guard and tackle, switching to tackle after mostly playing guard early in his career. It’s likely the team sees Davis as a better fit than Haeg.

The #Steelers are trading for #Vikings OL Jesse Davis, per me and @MikeGarafolo.

With the roster cutdown just minutes away, the release of Haeg would get the Steelers down to 53. However, the trade for Malik Reed means one more move will have to be made in order to accommodate him on the roster. The only question is when the trade for Reed becomes official and that move is made.

You have to wonder if Haeg didn’t suffer the concussion and got more reps in the preseason if his spot on the team would be secure. However, the NFL is a business, and obviously the Steelers decided to go in another direction. We’ll see if Haeg catches on elsewhere soon.