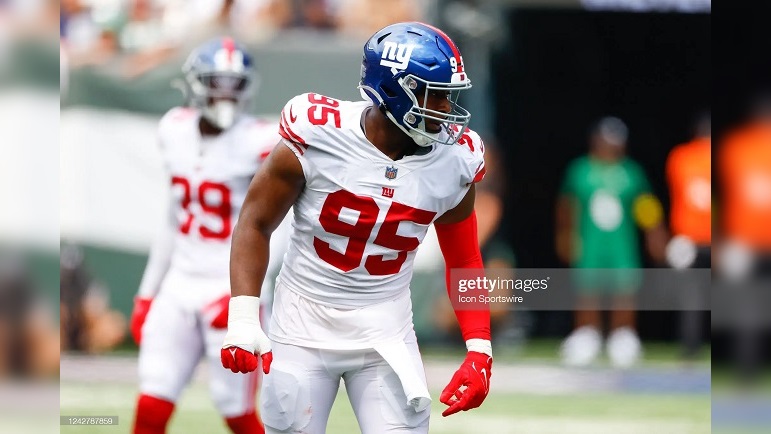 The Pittsburgh Steelers sure could use upgraded depth at the outside linebacker position before the 2022 regular season gets underway, and perhaps that just might come in the form of a former draft pick of theirs.

According to several reports on Tuesday morning, the New York Giants will be waiving edge rusher Quincy Roche as part of their final roster cutdown process. Roche then will be subject to waivers if indeed that’s the case.

Last September, the Giants claimed Roche off waivers from the Steelers after the former sixth-round draft pick out of Miami failed to make the final roster. At the time, it was widely speculated that the Steelers were hoping Roche would clear waivers so he could be signed to the team’s practice squad.

With the Giants in 2021, Roche played in 14 games with three starts on his way to registering 38 total tackles, 2.5 sacks and a forced fumble. Five of those tackles resulted in lost yardage. Roche played 401 total defensive snaps for the Giants as a defensive end, and he logged another 109 snaps on special teams.

The Steelers could use experienced depth at the outside linebacker position behind starters T.J. Watt and Alex Highsmith. Currently, Derrek Tuszka and Hamilcar Rashed Jr. appear poised to make the Steelers’ initial 53-man roster as backup outside linebackers.

The Steelers are 20th overall in waiver claim order. NFL teams must trim their active rosters to 53 by 4:00 p.m. ET on Tuesday.