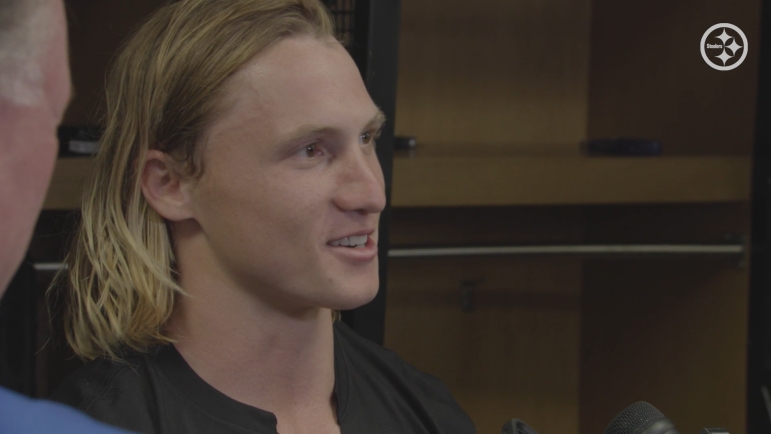 For much of training camp, it was reported that the defense was getting the better of the offense in team sessions of practice. As Alex Kozora has reported from the Pittsburgh Steelers seven shots portion of practice, the defense started off camp on a tear, winning the first several sessions in a row before having the defense finally get in the win column on the drill.

With WR Diontae Johnson sitting out of most of the start of training camp as he negotiated his two-year extension with the team, as well as having Najee Harris, Pat Freiermuth, and Chase Claypool all miss time due to injuries, it’s understandable why the offense would struggle with its top offensive weapons out, as the team is undergoing a transition period with three QBs all trying to make their case for the starting job.

However, we didn’t see any of those struggles Saturday night in Pittsburgh’s first preseason game against the Seahawks as the team totaled 436 yards of offense and put 32 points up on the board in a preseason Week 1 thriller which resulted in a Steelers victory.

When WR Gunner Olszewski was asked about how the offense executed so well on Saturday night compared to their previous struggles early on in training camp, he pointed to the defense helping them prepare for the moment, having iron sharpen iron.

“Yeah, I think so,” Olszewski said in the locker room Saturday night to the media on the team’s YouTube channel. “But I think that’s the credit to the guys on the defensive side of the ball we practice against every day. That goes back to practice is hard and the games are easier. So, getting to go against those guys every day, live tackling and stuff, we got to go out there tonight and play Seattle and it felt like we had the upper hand and the physical game.”

Olszewski himself had a strong showing Saturday night, catching three passes on four targets for 47 yards, including a TD thrown by Mitch Trubisky. It was the first score of the game for Pittsburgh and started an offensive explosion as the team rushed for 185 yards and had all three QBs throw for at least one TD, with Kenny Pickett tossing two scores, one being the game-winner.

Many have criticized the Steelers’ offense as being their likely Achilles’ heel this season to be a legit contender in the AFC. However, we saw the offense open up last night, utilizing QB mobility on rollouts and in scramble situations to open up the offense. The added mobility at the QB position as well as scrimmaging Pittsburgh’s defense daily in training camp could lead to the offensive unit out-performing expectations, as the team also added more talent up front along the offensive line and drafted two dynamic receivers in George Pickens and Calvin Austin III to add more speed to the WR core.

They will have to prove that Week 1 wasn’t a fluke over the next two preseason games and have it correlate to regular season play when they take on the Bengals, but Pittsburgh’s offense could be in line to shock some people this year. You can credit the added talent to the roster as well as the opening up of OC Matt Canada’s playbook with a more mobile passer, but like Olszewski said, the defense deserves praise as well for making the offense try and match their level of play daily in practice.