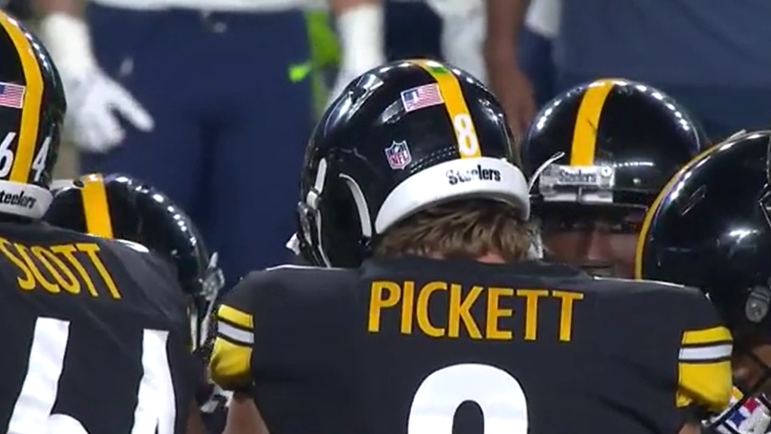 “Kenny, even at rookie minicamps, OTAs and now, I mean you see him improving every step of the way,” Harris said when asked about the rookie quarterback, according to a Twitter video provided by Brian Batko of the Pittsburgh Post-Gazette. “You see him going through his reads better. He’s taking more control. He’s feeling more confident and that’s really what he needs. He has talent, he just needs to have the confidence and really just the team to back him up and the guys to do it. So, we’re that for him. Like I said, him during rookie minicamp, OTAs and now, it’s a drastic jump. So, man, he’s going to be good, for sure.”

After the retirement of 18-year quarterback Ben Roethlisberger, the Steelers naturally have a void in leadership for the first time in a long-time. Harris is among the players who have embraced the leadership role and mentality, and for good reason. In his rookie season, Harris led NFL running backs in touches, proving the team’s confidence in him. As the team hopes to revert to its traditional run-first roots, Harris is likely a big part of their future plans.

As the team’s first quarterback to be selected in the first round since Roethlisberger, Pickett should continue to see his confidence grow. Granted, it does not appear that he will be rushed into action the same way Harris was, as quarterback Mitch Trubisky appears to be the likely starter. However, Pickett will be the teams starting quarterback sooner than later, which is arguably the most important position in football.

Pickett’s task is taller than most young quarterbacks as he steps into a franchise and locker room accustomed to Hall of Fame leadership. Not to mention, Pickett is actively competing for snaps against two veteran quarterbacks. Unlike many first-round quarterbacks, Pickett is not being handed anything as he began as the team’s third-quarterback. As Harris mentions, Pickett is more than up for the challenge as his development in both play and confidence thus far is noteworthy. All things considered, it’s hard to expect more from Pickett with so far.

After drafting defensive players for six consecutive seasons in the first-round from 2013-2018 (the team did not have a first-round pick in 2019 after the Minkah Fitzpatrick trade), the Steelers reversed course by drafting Harris and Pickett in consecutive years. As such, Harris and Pickett are hoped to mark a new era of Steelers football, and they both appear up to the challenge, which should make every Steelers fan excited.

Najee Harris on Mitch Trubisky: A “loving guy” who talks about his son a lot but is also a heck of a competitor.

And on Kenny Pickett: “Improving every step of the way. You see him going through his reads better. He’s taking more control. He’s feeling more confident.” pic.twitter.com/VL74Dgixxo