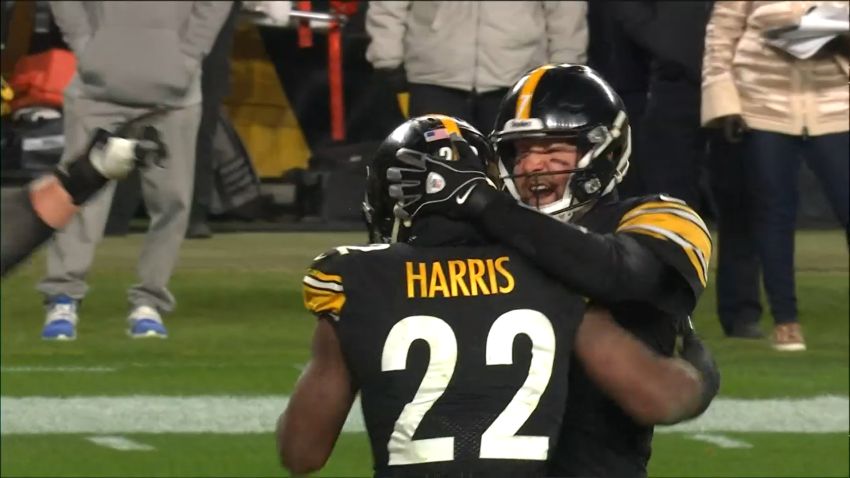 With almost every passing year since 2008, or since 2010, we have been ticking off the list of players remaining on the Pittsburgh Steelers who either experienced a Super Bowl title, or at least the process of reaching the championship game.

Finally, with quarterback Ben Roethlisberger’s retirement, there is now nobody left on the roster who has ever experienced winning a Super Bowl with the Steelers, or even reaching one. At this point, there aren’t even very many players left who were on the 2016 team that reached the conference finals.

With that, and among other factors, there is a leadership vacuum. And the Steelers’ most recent first-round draft pick, and newest Pro Bowler, is hoping to try to fill that void this upcoming season and beyond.

“Personally, I want to become a better leader”, running back Najee Harris said in conversation with Mike Florio for Pro Football Talk on Thursday. “I think that I’ve got to really step into that area of my career right now, to become a more vocal leader since Ben’s gone, so we need somebody on the offensive side to be that”.

A standout performer at Alabama, Harris was targeted by the Steelers in the first round in 2021, not just for his abilities on the field, but because of his overall personality, which includes a natural proclivity toward a leadership position, one he is looking to begin to embrace further.

The fact that this is not a roster filled with long-standing veterans or even players with prominent postseason experience makes it much easier for a younger, less-experienced player to grab the mantle of leadership, and, well, this Steelers team fits that bill.

The fact of the matter is that there are only three players on this team who have ever experienced a playoff win with the Steelers those being Cameron Heyward, Stephon Tuitt, and Chris Boswell—and Heyward was on the Reserve/Injured List. Not many others acquired via other means since then have postseason success on their resume, either.

Just look at the rest of this roster. How many others, especially on offense, can you see emerging as a leader? Diontae Johnson doesn’t exactly have that personality. Most of the offensive linemen are just worried about their jobs right now, but free agent James Daniels hopes to find a role. Maybe tight end Pat Freiermuth, but he’s also young.

I fully expect Harris to emerge as a leader, and to do so this year. It’s something that he’s been talking about for a while. But you can’t just decide to be a leader. You have to be accepted as a leader and earn that role. His rookie season put down a lot of that groundwork. Now he has to show that he can actually wear that hat.