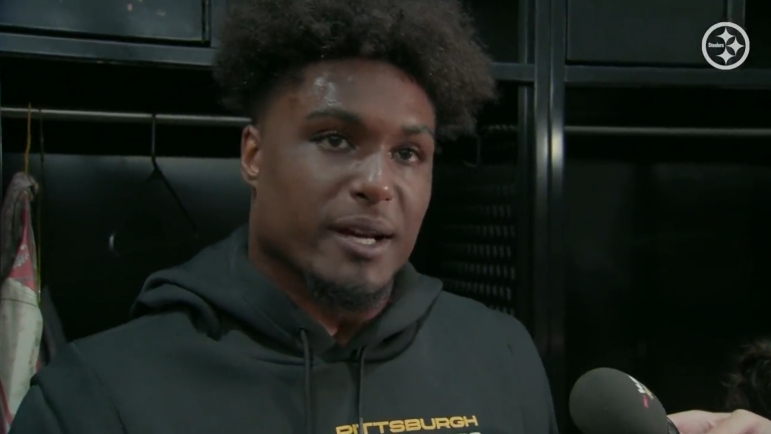 Through two preseason games the Pittsburgh Steelers defense has left much to be desired, at least from a run defense perspective. While the Steelers won’t make many excuses for that regardless of who is on the field, the fact of the matter remains that some of the big names aren’t playing many snaps at all right now, which has led to some below-standard play.

Still, new Steelers linebacker Myles Jack believes that when the ball is kicked off on Sept. 11 against the Cincinnati Bengals in Cincinnati, the Steelers’ defense will be “ready to rock” with its new parts all gelling.

Right now though, the Steelers are simply working through getting to know each other and getting a feel for things overall, which is pretty productive, at least in Jack’s eyes.

Speaking with the media after the Steelers 16-15 win over the Jacksonville Jaguars Saturday night in his return to Duvall, Jack believes the Steelers are close to putting it all together defensively, which could be a scary thought for opposing offensives moving forward.

“I feel like we’re getting close. You know, it’s the preseason, so you’re working things, working a lot of new guys,” Jack said to reporters, according to video via the Steelers Live Twitter account. “I’m new myself, so we’re all gelling together, but we feel very confident with what we have. And I feel like…I think we’ll be ready to rock for sure.”

Myles Jack lines up, uses his athleticism to crash down hill, uses his strength to push back the blocker. This is why he’s impressive, technically didn’t get a box score stat for this but that’s a great play by him pic.twitter.com/NBfsreCw05

The Steelers defense better hope they’re ready to rock come Week 1 of the regular season. They’ll be counted on heavily to carry the load – at least early — for the team as the black and gold tries to get up to speed offensively with a new quarterback and a pair of new offensive linemen.

So far, returns haven’t been that promising for the Steelers defense, which continues to stop the run. That said, Cam Heyward hasn’t suited up yet in the preseason, while Tyson Alualu only played a handful of snaps Saturday, and Larry Ogunjobi saw limited action as well. T.J. Watt played a few snaps and recorded a sack, but Alex Highsmith has yet to play this preseason as well.

The real concern remains at inside linebacker next to Jack. Devin Bush looked better Saturday night against the Jaguars, but he’s still a huge question mark, as is Robert Spillane, who is competing with Bush for the starting job. Jack will have to be that solidifying presence at the inside linebacker position for the Steelers defense moving forward.

On paper, the defense looks rather strong and is loaded with talent. They’ll need to get up to speed quickly. If Jack feels they’re close, they probably are. Everyone is eagerly anticipating seeing this defense at full capacity in a stadium.