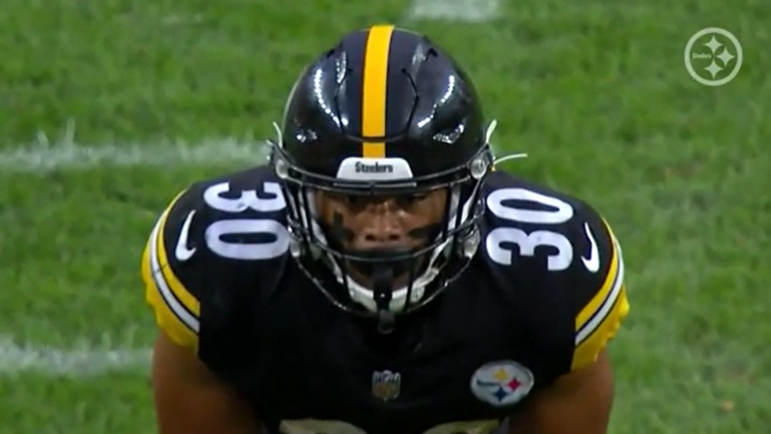 In one of the most tightly contested position battles throughout training camp at Saint Vincent College in Latrobe for the Pittsburgh Steelers, running backs Anthony McFarland and Jaylen Warren have both raised eyebrows and drawn lots of praise for their performances not only in practices, but in the Steelers’ preseason opener against the Seattle Seahawks at Acrisure Stadium last Saturday.

Both have shown good burst, vision and overall playmaking ability, while also showing that they can force defenders to miss and create yardage on their own. For now, the two appear to be competing for the No. 2 job behind star running back Najee Harris and backup Benny Snell Jr. on the 53-man roster for the Steelers.

Heading to Jacksonville Saturday, the pair will get another chance to state their case for the roster in the Steel City, this time against the Jaguars, giving head coach Mike Tomlin and the rest of the coaching staff an opportunity to see them inside a stadium and in a game setting once again. That, according to Tomlin, is what he’s most excited about with the pair, he said to reporters Thursday, according to video via Steelers.com.

“I think they’re carving out nice niches for themselves and showing capabilities and really kind of answering some of those questions, but I would probably characterize it as incomplete at this juncture,” Tomlin said to reporters Thursday. “Your ability to put performance on top of performance is a big component of ball at this level. And whether it’s on the practice field, and we’ve seen some of that, or in-stadium, I just think that that’s a big component of it.

“Both guys performed well that you mentioned a week ago, and I’m excited about seeing them step into a stadium again and, you know, show those talents again.”

McFarland, in what is likely his final chance at sticking in Pittsburgh long-term, came out of the gates strong against the Seahawks, ripping off a 24-yard run on the first series of the game, finishing with 56 yards on the day on just seven carries. He showed good elusiveness, some power and great vision overall to create something out of nothing in the backfield a few times.

As for Warren, he was a tackle-breaking machine throughout Saturday’s preseason game, and really caught the football well out of the backfield, displaying what he’d shown in training camp to that point. Of course, Warren did put the football on the ground in the win and is now carrying the ball around everywhere he goes to work on ball security, but there was a lot to like from Warren overall, which has not only Tomlin and the coaching staff excited, but the media and fans as well.

Now, all the attention in the backup running back battle will be placed on McFarland and Warren Saturday night in Jacksonville to see which one can separate himself from the other in the competition.