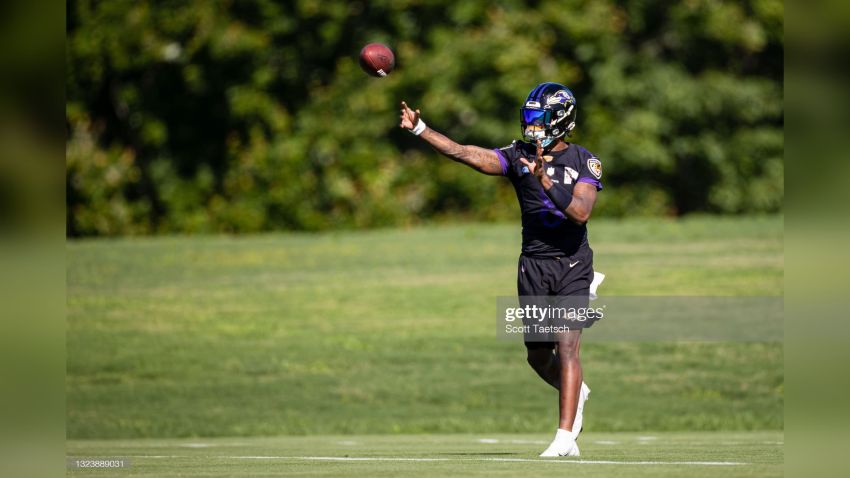 I realize that we literally just talked about Baltimore Ravens quarterback Lamar Jackson and his contract status yesterday, but we’re going to talk about it a bit again today, and try to consider a little bit more of the specifics about where we might be at. With no agents involved, it is less likely we’re going to get leaks, but as pointed out by Mike Florio of Pro Football Talk, Jackson himself did respond to some tweets yesterday that might shed some light on the situation.

Now, there have been some big contracts signed this offseason, and that’s obviously going to enter into Jackson’s contract discussions with Ravens owner Steve Bisciotti and general manager Eric DeCosta as they try to come to terms on a new extension. The quarterback is currently due to play out his fifth-year option at roughly $23 million.

Specifically, there were five huge quarterback contracts this offseason, with Aaron Rodgers resetting the table at a per-year average over $50 million per season. Deshaun Watson’s fully-guaranteed five-year, $230 million contract shattered expectations for guarantees, but even for an accused sex offender, his trade status was what drove that.

Kyler Murray is another important comparison. The Cardinals just signed him to an extension slightly more than Watson (uncoincidentally), getting $230.5 million over five years, half a million more. But he got $160 million guaranteed instead of all of it. Then there’s Matthew Stafford hitting $40 million per year, coming off of a Super Bowl win. Derek Carr also hit $40 million. Jackson will obviously surpass those numbers.

I think there are two questions: where will he fall in relation to the Watson/Murray to Rodgers spectrum, and for how much guaranteed? And now to Jackson’s tweets—what do they tell us, if anything?

That would be a tough sell for the Ravens, who were among the teams to publicly complain about the potential impact of the Watson contract. Obviously no team wants to give out full guarantees like that. And if a player can get that on just a regular extension from the team that drafted him, that would be just as transformative to the market as Watson’s deal, maybe even more.

One idea that has been thrown out there numerous times is that the Ravens should just give him a five-year, $250 million deal that’s fully guaranteed. That would give him the Watson guarantees at nearly the Rodgers money. According to Jackson, the Ravens haven’t offered that. What would he take to get full guarantees, if the Ravens won’t go up to $50 million per season? They want to get a deal done, but at what price?