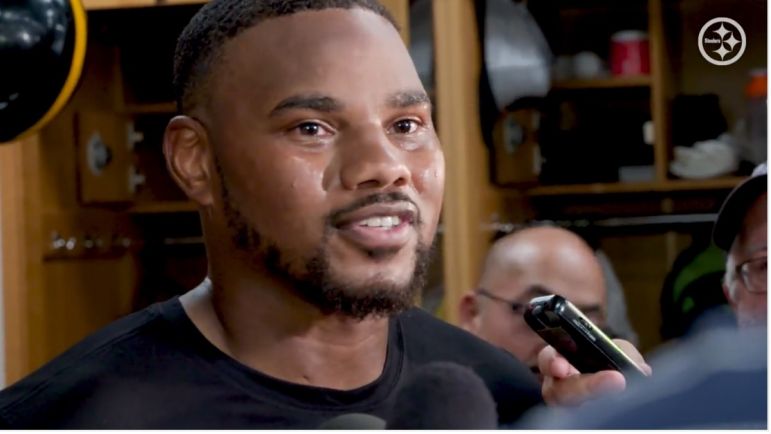 To be the best, you gotta beat the best. But when the best is on your side, you learn from the best instead. In his career, OLB Malik Reed has gotten to learn from a couple of good ones. In Denver, that was future Hall of Famer Von Miller. Now traded to Pittsburgh, Reed will learn from T.J. Watt, who is on a clear path to join Miller in Canton someday.

Speaking to reporters for the first time since being dealt, Reed talked about learning from Watt.

“No doubt,” he told Steelers.com of learning from guys like him. “You can learn from a guy like that. Like I said, I had a a guy in Von that I could sit back and learn from him. I definitely be picking [Watt’s] brain and seeing what he sees out there on the field. And how I can add things to my game.”

Reed’s beaten the NFL odds, an undrafted free agent who made the team and climbed up the ladder from rotational player to starter in Denver following injuries to Bradley Chubb and last season’s trade of Miller to the Rams. Reed’s put up good numbers the last two years, 13 sacks over that span, though as our film room pointed out, they weren’t as quality as the overall numbers suggest.

Still, Reed is accomplished and veteran depth behind Watt and third-year OLB Alex Highsmith. Pittsburgh lacked depth there after cutting Genard Avery, and Reed makes the room better, a good run defender with functional strength and the ability to play within structure. Reed admitted the Steelers’ terminology is different but the overall techniques are the same. Just as he did in Denver, Reed will play on his feet, work in space, and be used on stunts and twists to the inside. He’ll get to rotate in when guys like Watt need a breather. Talking about Watt with reporters, Reed marveled over his production.

Watt is poised to become the Steelers’ franchise leader in career sacks this season, potentially as early as Halloween. He’s on an incredible run rarely seen in the league, and if he leads the league in sacks again, he’ll be the first player in history to do so three years in a row. Miller owns 115.5 career sacks and counting, now a member of the Buffalo Bills. Reed will never be that kind of elite player, but if he can pitch in 3-5 sacks season, he’ll be what the Steelers need.