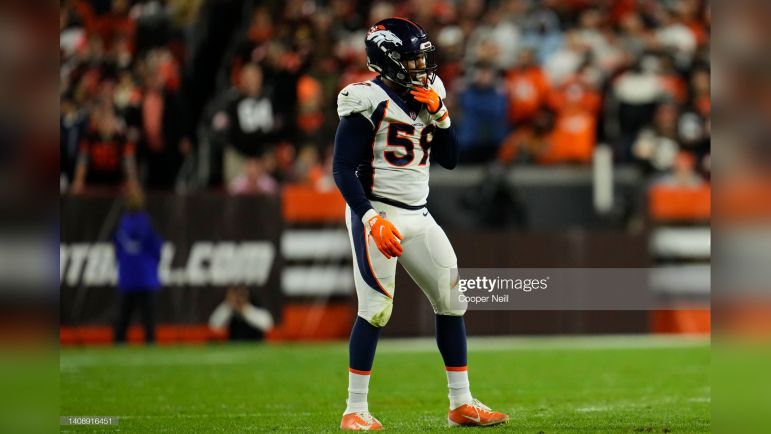 New Pittsburgh Steelers GM Omar Khan has brought in a new pass rusher. Khan was a busy man yesterday, acquiring Denver Broncos’ EDGE rusher Malik Reed as one of two trades the team made Tuesday. Pittsburgh sent a 2023 6th round pick for Reed and a 7th. Reed figures to slide in as the #3 OLB, a veteran and statistically productive player behind T.J. Watt and Alex Highsmith.

So what are the Steelers getting with Reed? Let’s break down the tape and find out.

Run defense is the best part of Reed’s game. That doesn’t sound super exciting, we’d both rather talk about an awesome sack reel but run defense is where things start in Pittsburgh. Especially coming off a year in which the Steelers had their worst run defense in franchise history. It’s probably one reason why Genard Avery was released. Not being as gap sound and playing too out of control, out of structure, for what the Steelers are asking for.

Reed isn’t a big player, 6012 234 pounds with 31 1/4 inch arms coming out of Nevada, but he’s strong and plays with good pad level and hand placement. He consistently sets the edge, turns runners inside, and is able to shed blocks of the tight end. He has more trouble disengaging from tackles, getting swallowed up due to that size and length, but he holds his own. Reed also chases the ball hard with good pursuit.

In last year’s matchup, here’s three clips of him against Steelers’ tight ends, Pat Freiermuth and Zach Gentry. He’s #59 in all of these. In the first, he holds the point of attack and gets off Freiermuth’s block to make the tackle. Similar story in the second but versus Gentry, doing the same against a bigger and better blocker. In the third, from his ROLB spot, he turns the run inside and funnels the back to his inside help.

A clip from the preseason, the finale against Dallas. Watch him take on and anchor against the puller on the kickout block, helping the back off his path and run away from where its designed to go. Reed plays big and strong for his stature.

Here’s the same from the 2021 regular season meeting against Washington, a really nice job against the Commanders’ RT to hold the point of attack then get off the block and make the tackle. He’s able to create space to keep vision on the ball and shed.

Reed isn’t a particularly toolsy pass rusher. He relies on his bull rush and long-arm to try to collapse the pocket and plays with good power, his hands and feet connected well to jolt tackles back on his bull rush. I charted his rush moves in the Week 5 matchup against the Steelers. Here are the moves Reed used on his 21 opportunities.

Pretty clear pass rush plan. The five stunts are notable too, showing Denver’s twists and games under old HC/DC Vic Fangio. In Pittsburgh, he’ll play in a similar system that likes to use the same stunts.

Here’s a nice bull rush against Steelers’ LT Dan Moore Jr. last year. A powerful strike as he converts speed to power and gets in Ben Roethlisberger’s throwing lane.

Reed picked up five sacks last season. I’ve compiled all of them below for you.

I’d consider only one of those high quality, the second one against Washington, with a nice bull rush to knock the tackle back with Reed squeezing the pocket and finishing the play. Still, one out of five is little disappointing overall. The first against Washington was in part due to the QB drifting back, the Jets one was a coverage/contain sack, the Steelers one a better rush but Reed still up the arc with good coverage, and the final one against the Eagles a zone read that technically went down as a sack.

One positive I’m seeing in these clips is how ball aware he is. Two forced fumbles on these five sacks and he recorded one on a sack of LA’s Justin Herbert in 2020 though again, it was a coverage/effort sack and a low-quality rush overall. But when he gets to the quarterback, he knows how to take the ball away and that’s attractive.

He’s generally been a one-note pass rusher who lacks many rush moves and can get engulfed by bigger tackles. From the preseason against Dallas, his lack of length and size against the Cowboys’ right tackle ends this rush attempt pretty quickly.

Occasionally, he can work off the power rushes and rip through contact but he doesn’t bend the edge well enough and lacks the size/length/strength to avoid getting run up the arc. This is…not where you want to be as a pass rusher. Eight yards behind the LOS isn’t going to get you to the quarterback. 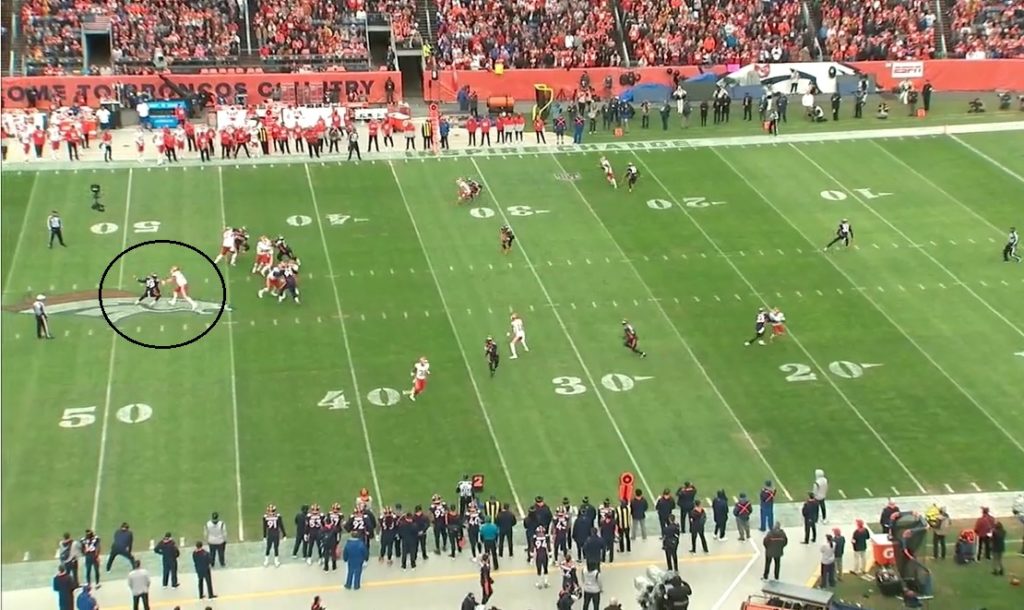 And you can see him struggle against these “chasedown” blocks by the RT, attacking and being the aggressor here, that chews Reed up.

What Reed did in Denver is similar to what he’ll be asked to do in Pittsburgh. He has no problem playing on his feet and has done so throughout his career, even this preseason under a new DC and coaching staff. He started at ROLB for Bradley Chubb against the Steelers last year and started and primarily played LOLB this preseason.

He’s also comfortable playing out in space and displaced from the line of scrimmage. Pittsburgh doesn’t drop their linebackers into coverage much anymore but they most often do against twin WR sets. They don’t travel their corners so they’ll split the linebacker out. 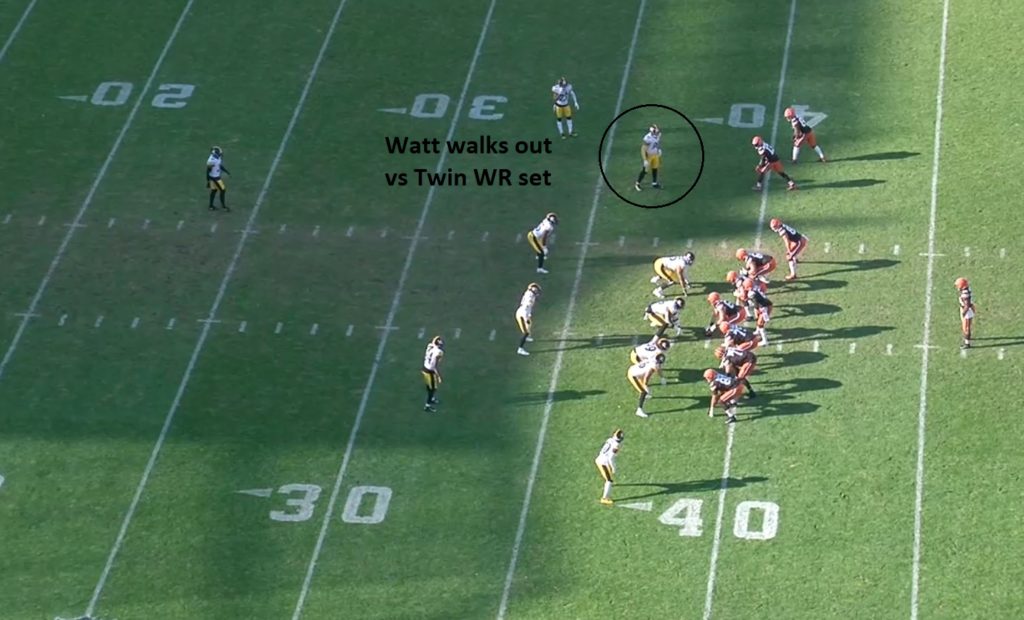 And Reed has done the same with the Broncos. He’s dropped into coverage and overall, is comfortable playing in space. 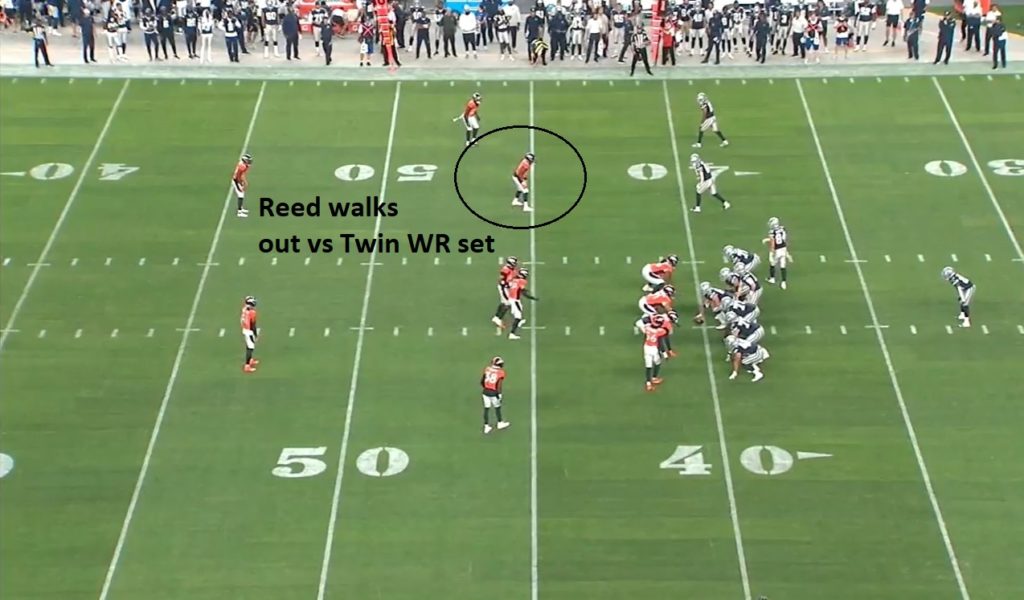 Reed’s overall resume and production looks impressive, 13 sacks over the last two years, and he has experience. Two things that certainly piqued the Steelers’ interest. But his tape wasn’t as impressive as those numbers might suggest. It’s mainly through effort/coverage and he isn’t as bendy as his 6.89 three cone suggests and lacks counters outside of his bull/power. His run defense is good and he holds up well on the edge.

He’s a better option than Derrek Tuszka but they’re cut from similar cloth. Reed’s also pretty small out on the edge and those guys typically haven’t lasted long in Pittsburgh. This is probably one-and-done for him in Pittsburgh, he’s a free agent after the year, but the Steelers needed more EDGE depth. And they got it. Still, he’s a far cry from Melvin Ingram, who was much better depth a year ago before getting out of the city.