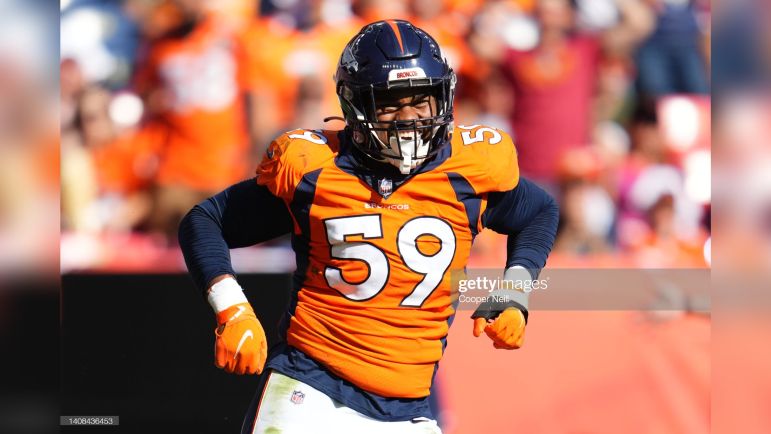 The Pittsburgh Steelers have traded for Denver Broncos OLB Malik Reed, ESPN’s Adam Schefter reports in a tweet sent out moments ago. Per Schefter, the deal is for late-round compensation.

Update (12:30 PM): The Steelers are sending a 2023 sixth-round pick for Reed and a seventh-round selection.

Compensation on Malik Reed trade per source: Broncos get the Steelers' 6th round pick in 2023, Steelers get 7th-round pick from Broncos. #9sports

Reed, 26, recorded five sacks for the Broncos last year. His best season came in 2020 with eight sacks. He’ll serve as veteran depth behind T.J. Watt and Alex Highsmith. Pittsburgh was woefully thin at outside linebacker depth after releasing Genard Avery when they trimmed their roster from 85 to 80 last week.

Undrafted out of Nevada in 2019, Reed signed with the Broncos and climbed his way up the depth chart. Coming out of college, he weighed in at 6012, 234 pounds, running just a 4.85 40 but impressing with a 6.89 three-cone. After seeing extensive time on special teams as a rookie, he worked into the defensive rotation, playing nearly 800 snaps each of the last two years.

Reed figures to slot in as the #3 outside linebacker on this team. The fourth spot is still up for grabs but is most likely to go to Derrek Tuszka, a solid special-teamer. This is the first trade new GM Omar Khan has made.

A restricted free agent who signed his tender earlier this offseason, Reed’s base salary is $2.43 million. We’ll update this post when the exact compensation is known.

DC Teryl Austin was evidently speaking to the media as this trade was announced. He did not confirm the deal but noted the importance of quality OLB depth, per The Trib’s Chris Adamski.

"It's important to have depth, especially at that position."

Update (5:19 PM): Broncos’ GM George Paton spoke to reporters a short time ago and commented on the Reed trade.

“I love Malik. Everyone does. Great kid, really good player. We just had a log jam. We have a lot of really talented outside backers that can rush and so thought it’d be best to trade Malik and trade him to somewhere where he’s gonna fit in a really good organization. And we wouldn’t have just traded him anywhere. He wanted to go to Pittsburgh and we found a home for him and I think it it’s a win-win for both sides.”