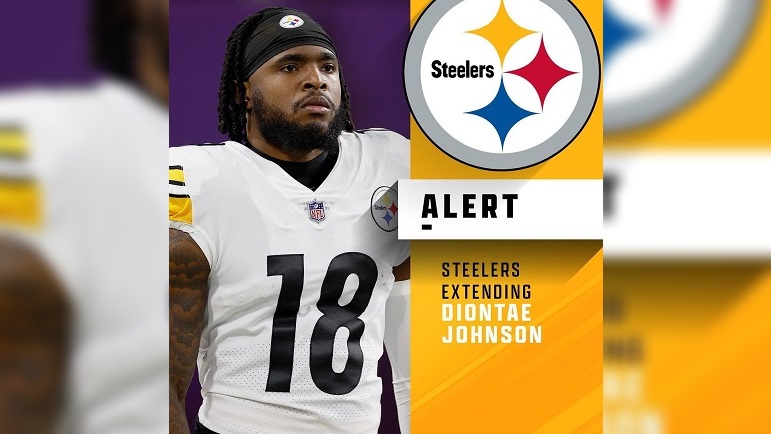 The Pittsburgh Steelers signed Diontae Johnson to a new deal on Thursday, and that means his training camp hold-in has come to an end. The short extension shows that the Steelers got one hell of a deal, and that Johnson essentially purchased back-to-back franchise tags for 2023 and 2024.

While we wait for the exact numbers related to Johnson’s deal, we will look at reasons why this shorter extension likely got done now.

Additionally, initial reports indicate that Johnson will get $19 million in 2022 and $27 million guaranteed. As it turns out, $8 million of that $27 million is guaranteed for injury only. Johnson reportedly received a $17.5 million signing bonus as part of the deal, and that should equal to a base salary of $1.5 million in 2022 for a total Year 0 take of $19.5 million and possibly $164,118 more, depending on how the 17th game check from the old money is factored in.

While Johnson’s new money average of $18.355 million comes in a little lower than the expected $20 million or so amount, he now at least doesn’t have to wait to make it through 2022 healthy and productive to possibly get his first franchise tag, or hit free agency as an unrestricted free agent. Him signing on for just two more years will also give him a shot at possibly cashing in one more time after the 2024 season and before he is 30 years of age.

The result of Johnson’s new deal should have him 17th overall on the new money rankings of wide receivers after obviously hoping to barely crack the top 10 right behind wide receiver Terry McLaurin of the Washington Commanders.

I think this deal really shows that Steelers’ new general manager Omar Khan made sure to brandish the franchise tag as a weapon to Johnson and his representation. It worked for sure, and now we wait to see the finer details of the contract to see where the 17th game check from the old money is factored in, and if indeed $8 million of the first $27 million of the deal is guaranteed for injury only. It sounds like Johnson’s new 2022 cap charge will be either $7,616,690.33 or $7,732,808.33 depending on how 17th game check on old money was handled.