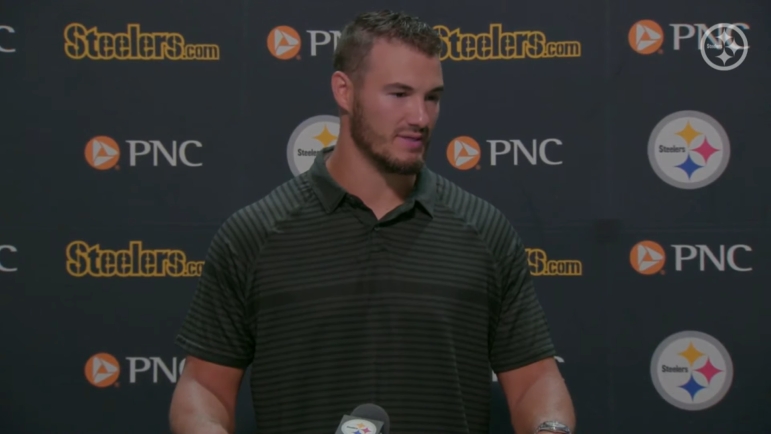 Another week, another last-second win for the Pittsburgh Steelers in the preseason under head coach Mike Tomlin. Unlike last week though, the Steelers’ starting offense doesn’t have many warm and fuzzy feelings coming out of Saturday’s 16-15 win over the Jacksonville Jaguars on the road as the offensive line was a mess, the run game was non-existent, and veteran quarterback Mitch Trubisky was under siege all night, leading to a lackluster performance offensively.

On the night, Trubisky was just 5-for-8 for 60 yards against Jacksonville, taking one sack for an 8-yard loss in the process. Trubisky also added a 10-yard scramble and had two nice hookups with wide receivers Chase Claypool and Diontae Johnson on the night. However, the Steelers just couldn’t muster much of anything on the ground with Benny Snell Jr. and Jaylen Warren getting early work.

Add in the struggles to protect the quarterback on the night (a total of one sack, four quarterback hits, countless hurries and a number of penalty) and it was a night to forget for the offense. Coming out of Saturday’s win though, Trubisky is feeling like there’s some good things to look at on film to help the Steelers get better ahead of the preseason finale next Sunday at Acrisure Stadium against the Detroit Lions.

“I think they played a little more Cover 2 early on, and they were letting their front work. We just gotta do better with our matchups all the way around. I gotta put the ball where the guys can catch it and we just gotta be more efficient on first and second down,” Trubisky said to reporters following the win over the Jaguars, according to the Steelers official YouTube page. “I think we were in too many third and long situations, which it doesn’t matter who you play in the NFL. If you’re in third and long, it’s gonna be tough sledding.

“Se we just gotta be more efficient on first and second down and stay outta those third and longs, and we’ll drive the ball down and hopefully come away with points next time,” Trubisky added. “So it’ll be a good film to look at.”

Mitch Trubisky on the win over the Jaguars: pic.twitter.com/gGd3owVD76

Saturday night’s performance on the road for the first-team offense will certainly have plenty of teach-tape available after this one, especially in the trenches. Really, that’s where the Steelers faltered on Saturday night, though Trubisky won’t come right out and say that.

The starting unit of Dan Moore Jr., Kendrick Green, Mason Cole, James Daniels and Chukwuma Okorafor were pretty bad overall on the night. Okorafor missed a few blocks, Daniels had a pair of penalties and allowed far too much pressure, Cole was mostly invisible, Green was poor again, and Moore Jr. had a burn-the-tape type of game.

That’s never going to help an offense be efficient on first and second down. Trubisky did a great job trying to buy time with his legs, move the pocket and give his receivers chances, but he was under duress consistently, which is never easy for a quarterback to deal with. Not having a running game to speak of doesn’t help either.

It’s a good opportunity to be humbled, get back into the film room, figure out what went wrong and correct it on the practice field.