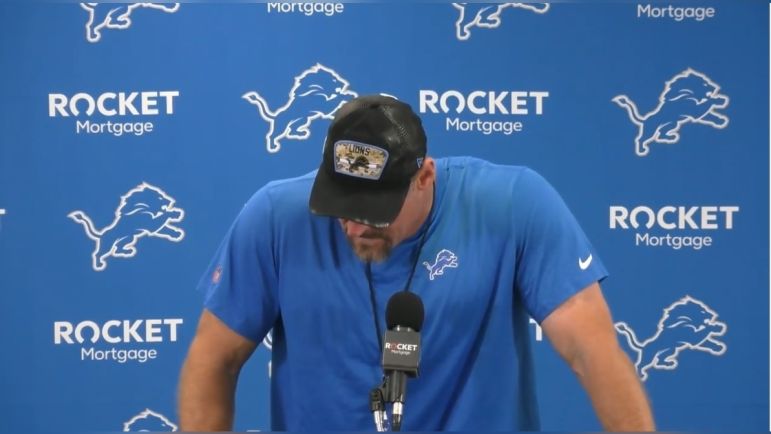 As the Pittsburgh Steelers prepare for their preseason finale against the Detroit Lions, a rather unusual headline surfaced from a Monday afternoon interview with opposing Head Coach Dan Campbell.

“I know their guys are playing about a half, I talked to [Steelers Head Coach Mike] Tomlin,” Campbell said in an interview from detroitlions.com. “So this’ll be really good for us. This’ll be really good. I have a lot of respect for Coach Tomlin and what they do, and what they’ve done for years. One of the most consistent winning teams in this league for a number of years, certainly since he’s been there. So we know what they’re about. They’re a tough group and so this’ll be a great test for us.”

A former tight end and second year head coach, Campbell has made a name for himself with his fiery speeches and no-nonsense style of coaching. This is also partially what made Tomlin, who Campbell holds in high regard and praised in the interview, a household name.

If memory serves, this may be the first headline of an opposing coach revealing coordination with an opposing coach in a preseason game. Assuming Campbell’s statement is true, we learned more from him than Tomlin about the team’s rotation in the preseason finale thus far. Moreover, this will feature several key first-half battles for key players on the Steelers.

One matchup to watch, or to look away from, will be offensive tackles Dan Moore Jr. and Chukwuma Okorafor facing second-overall pick pass-rusher Aidan Hutchinson as well as defensive end Charles Harris, both of whom are no pushovers. This will be the duo’s biggest test to date, and will certainly give them a taste of what’s come in the regular season as well as an opportunity to silence the rampant criticism. The team playing the starters for about a half also has a heavy implication on the quarterback race, as the amount of snaps each quarterback will play with the starting lineup will be telling.

This also raises the question of whether the recent decrease in preseason games from four to three incentivized more cooperation between coaches in the preseason. The Steelers and Lions, who generally only play once every four years, can certainly both benefit from agreeing upon rotation to give their starters the best competition to prepare for the regular season. Campbell went on to discuss his previous preseason rotation and why he is diverting away from them.

“We tried a couple things last year, I did,” Campbell continued. “I wanted to tinker a little bit and see if we could get it in practice and it’s good in theory but we had a number of injuries in camp and now you’re spread thin throughout the whole roster, and it just, it makes it harder. And so I just felt like this [playing starters in the preseason more often] was the way to go this year.”

As a second-year head coach, Campbell is going through the natural trial and error that comes with the responsibility. In terms of the preseason, each head coach employs a unique strategy in terms of rotation between starters and back-ups.

The question of what an optimal preseason rotation looks like is not black and white. From positional battles to established veteran players, many factors play into this, and preseason strategy is heavily dependent on roster makeup. On one hand, playing starters in the preseason carries an inherent risk. Steelers fans will remember former center Maurkice Pouncey injuring his ankle in a 2015 preseason game against the Green Bay Packers and subsequently missing the season. On the other, it is vital to get a look at younger players, and give veteran players an opportunity to warm up for the season. If one thing is for sure, it’s that seeing the Lions’ starting lineup Sunday will tell us a lot about the Steelers final 53-man roster.