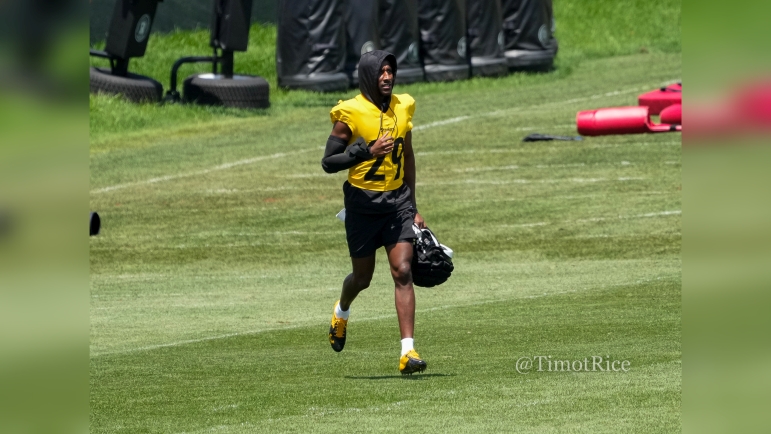 It was a bumpy start. But to hear it from Mike Tomlin now, Levi Wallace is a seamless fit. Wallace was one of several free agents signed during the Pittsburgh Steelers’ busiest offseason ever. Hampered by an undisclosed illness early in camp, Wallace has found his footing and is impressing Tomlin. Speaking to reporters following Thursday’s practice, Tomlin gave an overview of Wallace’s time with the team.

Wallace signed a two-year, $8 million deal coming over from the Buffalo Bills, where he had spent the first four seasons of his career. He climbed the ladder from undrafted to role player to starter and parlayed that into a respectable contract in Pittsburgh. At the start of camp, Wallace ran as part of a rotation with Ahkello Witherspoon, who received the same exact contract. But Wallace was in and out of the lineup due to an illness, and by the time he fully returned, he was clearly running behind Witherspoon.

Based on what’s occurred at camp and preseason action, Wallace figures to be the third corner onto the field in nickel packages, especially on passing downs. Arthur Maulet may see time in the slot on early/run downs, keeping Cam Sutton on the outside, but Wallace will retain value as a quality sub-package player. His performance has picked up since his rocky start. Through two games, he’s been targeted three times, allowing just one completion for 11 yards.

Wallace is part of a better and more stable secondary than what Pittsburgh had a season ago. In 2021, they had difficulty finding a starting slot corner, rotating through several less-than-impressive options, and depth behind Joe Haden and Sutton was thin, leading the team to trade for Witherspoon. At the start of last season, Minkah Fitzpatrick played slot corner the first two weeks, struggling in that role, before the team wised up and put him back at his FS spot.

This time around, the Steelers have at least four quality cover corners in Witherspoon, Wallace, Sutton, and Tre Norwood, who functions in a dual safety/slot role. Maulet plays the run hard while James Pierre continues to flash as outside corner depth. Throw in Damontae Kazee as safety depth and Pittsburgh’s in a much better spot than a year ago, though they’ll need a guy like Witherspoon to be a high-level cover corner to defend #1’s like Cincinnati’s Ja’Marr Chase.