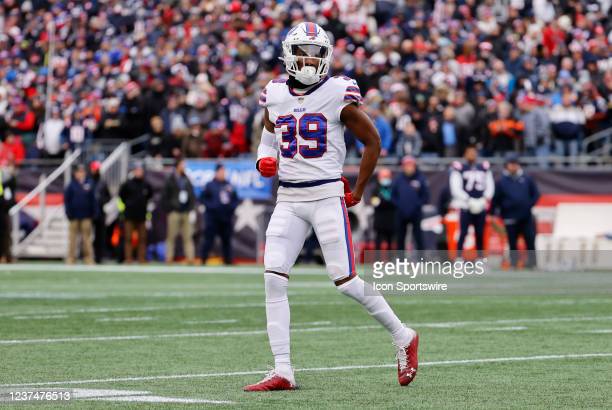 The moves continue to come in fast and furious for the Pittsburgh Steelers and General Manager Kevin Colbert.

In the latest move, the Steelers addressed a hole in the secondary, adding veteran cornerback Levi Wallace to a two-year, $8 million deal, according to a report from NFL insider/analyst Jordan Schultz.

Breaking: Former #Bills CB Levi Wallace has agreed to terms with the Pittsburgh #Steelers on a 2-yr deal worth $8M, per sources.

Wallace, a former undrafted free agent out of Alabama in 2018, played and started in 52 career games with the Buffalo Bills the last four seasons, including all 17 games in 2021.

In that span, Wallace has recorded 219 tackles, seven tackles for loss, six interceptions and 30 passes defensed.

The signing of Wallace likely signals the end of Ahkello Witherspoon’s time in Pittsburgh, especially at an average of $4 million per season in Wallace’s new deal.

According to Pro Football Focus, Wallace graded out at a 65.2 overall last year, including a 68.5 in pass coverage. For what it’s worth, Wallace recorded his lowest run defense grade last season (51.7) after a career high in 2020. Per Sports Info Solutions, Wallace’s coverage numbers from 2021 season: 60 targets and 31 catches for 302 yards, with 3 touchdowns and 2 interceptions on 543 coverage snaps. 61.9 passer rating when targeted. The 0.6 yards per coverage snap he posted was 7th best in the NFL in 2021.

CB Levi Wallace played a steady, reliable game vs Jags. Some nice tackles on trap coverages and filled vs run when called upon. pic.twitter.com/luLyi81Aat

The Steelers should be quite familiar with Wallace after seeing him in person at the Alabama Pro Day in 2018 while watching guys like Minkah Fitzpatrick and Rashaan Evans, not to mention seeing him up close and in person at the 2018 Reese’s Senior Bowl in Mobile. Wallace also played against the Steelers three straight seasons in Buffalo, including picking off Ben Roethlisberger in Buffalo in 2020.