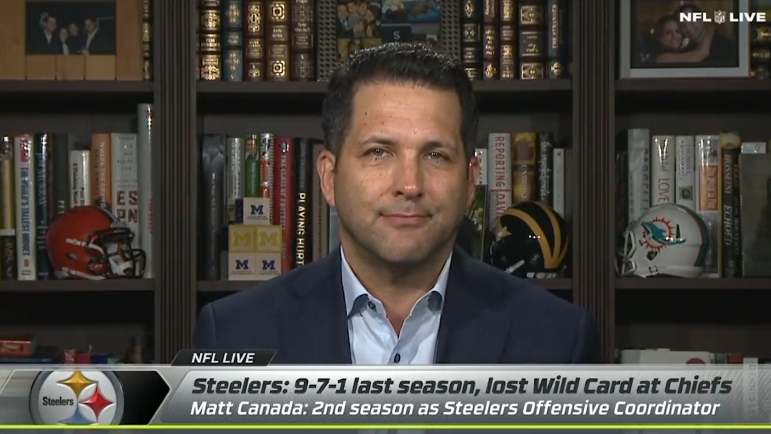 Given the fact that he has been missing from practice for nearly a week now, it’s curious timing, but Pittsburgh Steelers wide receiver Calvin Austin III was the subject of a micro-report from ESPN’s Adam Schefter yesterday, noting that George Pickens wasn’t the only rookie wideout in camp garnering attention.

When you look at this week, right now, the talk of the Pittsburgh Steelers training camp has been the rookie wide receiver, George Pickens, who they drafted early on in the second round from Georgia. He’s been lighting it up. Diontae Johnson called him a freak.

But keep this in mind. As much as everybody’s talking about George Pickens, Calvin Austin, another rookie wide receiver in the fourth round, has also been impressive. So it’s not just one wide receiver who has shined at training camp, it’s two, even though Pickens, so far, has gotten most of the attention.

I don’t know what prompted this at this time. As mentioned, Austin hasn’t been a participant in a public practice in about a week. The Memphis product suffered a foot injury during Friday’s practice, which was closed, just before the team’s first preseason game, and he has not participated since then.

But it is true that he was garnering his share of praise for what he was able to do on the field during that time. Even when practices moved into pads, he showed that his comparatively diminutive size was not going to be a detriment to his strengths—his speed and his shiftiness.

Of course, all of that means little in half a training camp’s worth of practices. He’s going to need to be able to get into a game. If he doesn’t practice today, it seems rather unlikely that he is going to be able to participate in Saturday’s second preseason game on the road in Jacksonville.

Missing this much time at such a critical juncture is going to be a roadblock in Austin’s path to playing time. As he has been watching, others have been stepping up. Veterans Miles Boykin and Steven Sims are both coming off of a good preseason game, as is Gunner Olszewski.

The rookie is not likely to be competing for an actual roster spot, but he could find himself sitting on the bench, even beginning the year as a healthy scratch, until he can hop back on the proverbial moving train. And if somebody like Olszewski can establish himself in the meantime, there may not be any rush to get him on the field.

So I still find myself just a mite perplexed that Schefter would be coming out with this seemingly at random at this time when nobody has really seen him practicing in nearly a week. Where is he hearing this buzz from, and when did he hear it? What is the context? This is obviously not to down Austin, as I think he has enormous potential, but injuries have been holding rookies back from contributing for a century’s worth of NFL football.