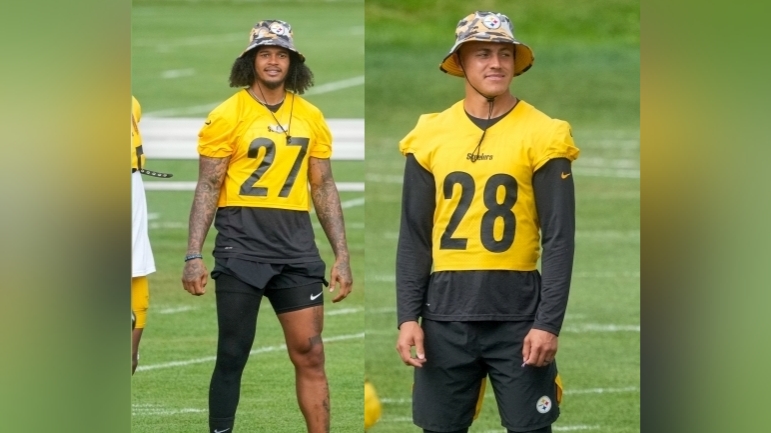 Question: Which special-teamer is more at risk of missing the cut: Marcus Allen or Miles Killebrew?

There was an interesting discussion in my most recent 53-man roster prediction post about the extent to which the Steelers, more than other teams, reserve roster spots for well-compensated players who near-exclusively have only a special teams function, outside of the specialist positions.

The Steelers have three of the more well-compensated special teamers in the league projected to make the 53-man roster, at least by most people, I believe. One other thing they also all happen to have in common is that they are currently injured and haven’t participated much in training camp, or at all in the preseason.

Derek Watt is at the top of that list, as you know, but inside linebacker Marcus Allen and safety Miles Killebrew are also special-teamers who have been sidelined with injuries for awhile and who are on contracts worth $2 million or more in one form or another.

I don’t think that Watt is going anywhere. Even though I have had both of them making the 53-man roster in each of my two prediction posts so far, however, with each passing day I become less confident that both Killebrew and Allen make it. It’s not known if either of them are likely to play in the preseason finale.

If I were to place a bet on one over the other being more likely to miss the cut, I would probably put my money on Allen, because I don’t think Donovan Stiner has done much to push for a spot on the 53-man roster when he can easily be retained on the practice squad. In Allen’s case, at least, Buddy Johnson is an option as a pedigreed second-year player, and they could also use this spot on a fifth outside linebacker like Hamilcar Rashed Jr. So if I’m going to answer my own question, my answer is Allen.

Oh, by the way, five players get cut today. I would not be shocked if a veteran is among those cuts. The final cuts are a week from today.