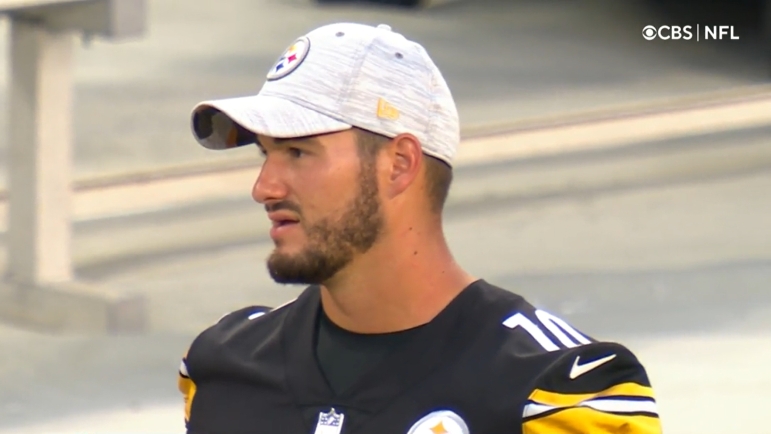 Reasoning: If there was any lingering question about who the Steelers’ starting quarterback would be in the season opener, Mitch Trubisky answered it last night. Now the question is how long he’ll be the starter for before giving way to Kenny Pickett—and whether that comes this year or not.

Could there be any other choice for the topic of this series for today? Anybody who had doubts about who the starter would be—whether because they were hoping for Trubisky or for Pickett—had that question pretty decisively answered.

Everybody knew that, at best, this quarterback competition was going to be graded on a curve. There was never a point at all this offseason from the moment that he signed that Trubisky was ever treated as anything but the starter. It really ended up being his job to lose, especially since both Pickett and Mason Rudolph generally performed at a similar level, if not, even sometimes, better.

What we really saw from Trubisky last night that we were waiting to see were to things above all: connections on deep passes and the opportunity to direct the two-minute offense. He ended up doing both of those things well, so how can you complain?

As far as exhibition play goes, Trubisky did just about everything you could reasonably expect. Now, of course, comes the question of how it translates from exhibition to meaningful games. Not that he doesn’t have starting experience, even playoff starting experience, but this is a new offense with an offensive line that is very much a work in progress.

There will be rough sailing, initially. And let’s just going to be honest, there are going to be Kenny chants every time Trubisky is sacked or throws a bad incompletion or an interception, even if it comes under heavy duress. Every time the team is losing, some will be looking for Pickett.

But now that we are where we are, there is no sense in putting Trubisky on a short leash. You just can’t function that way. This is his offense for the time being, and we need to see what that looks like for an extended period of time. Maybe he works out and plays the entire season. That’s ultimately a good thing—that means things are probably going well.