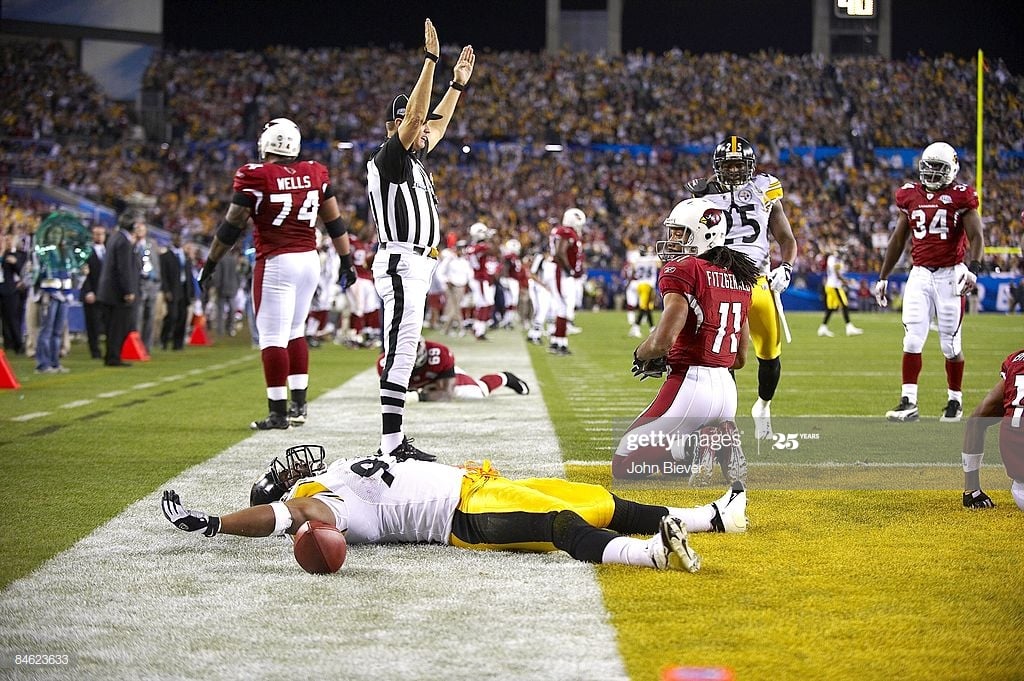 I think it’s safe to say that Ben Roethlisberger is a first-ballot Hall of Famer.

After leading the Pittsburgh Steelers on offense for nearly the last two decades, Roethlisberger has cemented his legacy in the NFL. He has played in three Super Bowls, winning two of them, and ranks fifth all-time in pass completions and passing yards, eighth in passing touchdowns, and sixth all-time in postseason victories. Since the NFL doesn’t allow a first-ballot Hall of Famer to enshrined until he has been retired for at least five seasons before being elected, Roethlisberger will be first up as a potential candidate for the HOF Class of 2027.

Still, the question was raised on the latest edition of The Terrible Podcast with Dave Bryan and Alex Kozora whether any other former Pittsburgh Steelers player may make the Hall of Fame before Ben’s name comes eligible for the 2027 class. Recently, the nominations for the 2023 HOF Class were brought forward, but former DL L.C Greenwood was once again passed over. Greenwood was a dominant player allow the defensive line for Pittsburgh back in the 70s, being a key cog in the original Steel Curtain alongside “Mean” Joe Greene, Jack Lambert, Jack Ham, Donnie Shell, and Mel Blount. Still, Greenwood doesn’t get the respect he deserves, as fellow contributor Josh Carney wonderfully laid out here at Steelers Depot.

Making The Hall Of Fame Case For Past Steelers Greats: L.C. Greenwood

Other names deserve consideration for election into the Hall of Fame for Pittsburgh as well. The on-going debate about whether WR Hines Ward should get in remains up for conversation. Personally, having the 14th-most receptions (1,000), the 27th-most receiving yards (12,083), and tied for 16th-most receiving TDs (85) in NFL history warrants serious consideration. Throw on top of that two Super Bowl rings and a Super Bowl MVP, and Ward has just a good a case as any to be voted in. While not the most prolific receiver of his area, Ward executed his job as well as anyone for what he was asked to do as well as fact that he finished his career with more receiving yards than Michael Irvin, who’s in.

Another name that deserves consideration for the Hall of Fame for Pittsburgh is OLB James Harrison. Harrison overcame long-odds as a UDFA, being cut multiple times from the Steelers and Ravens during his early years in the league and taking some time playing overseas with the Rhein Fire before latching onto Pittsburgh’s roster in 2004. Since then, Harrison went on to play 13 seasons in the NFL, racking up 811 total tackles, 84.5 sacks, 34 forced fumbles, nine fumble recoveries, eights INTs, and a defensive TD. He is a two-time Super Bowl Champion, a five-time Pro Bowler, a two-time first team All-Pro, and the 2008 Defensive Player of the Year.

Harrison’s all-time sack numbers aren’t as lofty as some of the other notable names on the list given the fact that he took a while to get his NFL career off the ground. Still, his numbers are close to that of Bryant Young of the 49ers who has been inducted into the HOF as well as ranking 18th all-time in forced fumbles ahead of the likes of HOF Charles Woodson, Reggie White, John Randle, Michael Strahan, and Kevin Greene just to name a few. He has arguably the biggest INT in postseason history with his run back for a TD in Super Bowl XLIII. Given his importance to those Steeler teams and the way he dominated in the NFL during his prime years, Harrison should be inducted into the Hall of Fame.

It remains to be seen whether Pittsburgh will have someone prelude Roethlisberger with a HOF induction, but rest assured, there are several names that warrant heavy consideration for such an honor.

What are your thoughts in the Pittsburgh Steelers and the Hall of Fame? Do you think Greenwood, Ward, or Harrison deserve to go in the next several years before Ben is up for consideration? What other names would you include on this list? Please leave your thoughts in the comments section below and thanks again for reading!