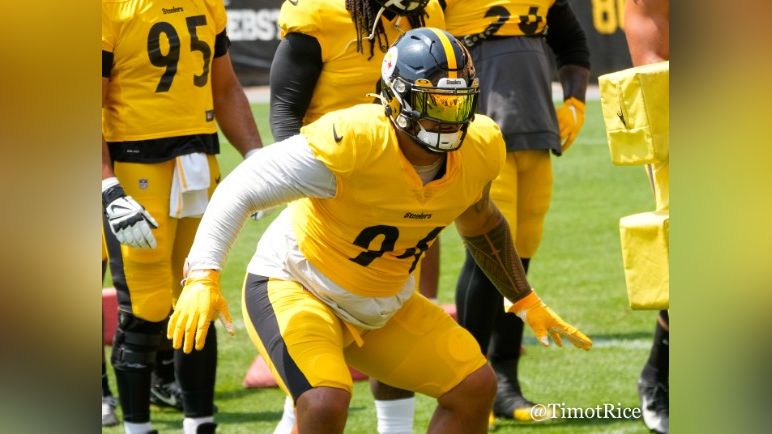 Among the many factors that contributed to the Steelers’ bottom-ranked run defense in 2021 was defensive tackle Tyson Alualu’s season-ending injury in Week 2 against the Raiders. A 2017 free agent addition and former top ten pick by the Jaguars, Alualu’s career saw a resurgence upon joining Pittsburgh. In the 2021 offseason, the Steelers were faced with the reality of life after Alualu, as he agreed with a deal in principle to return to Jacksonville before being lured back to Pittsburgh.

“I take a lot of pride in [stopping the run],” Alualu stated via Steelers Live regarding his role in stopping the run. “All the glory goes to rushing the passer and getting after the quarterback, to get to that point you have to stop the run.”

“Last year watching, there were a lot of guys kinda learning and thrown out there whether they were ready or not,” Alualu stated regarding the Steelers defensive line rotation in 2021. “I’m just excited to be back and to help and contribute to this defense getting back to stopping the run.”

Alualu’s injury caused the Steelers to shuffle Isaiah Buggs, Henry Mondeaux, and others at the defensive tackle position. Naturally, this caused issues ranging from poor play to miscommunication, making for a poor 2021 run defense. The Steelers are going into 2022 with more depth, as the signing of Larry Ogunjobi and drafting of DeMarvin Leal provide flexibility with Alualu turning 35.

An underrated Kevin Colbert signing, Alualu has proven to be a great asset for the Steelers during his tenure. In line with the likes of Paxton Lynch and Justin Gilbert, Alualu is also among the former first-round picks that Colbert attempted to bring to Pittsburgh for a career revival, and is arguably one of his most successful attempts at doing so.