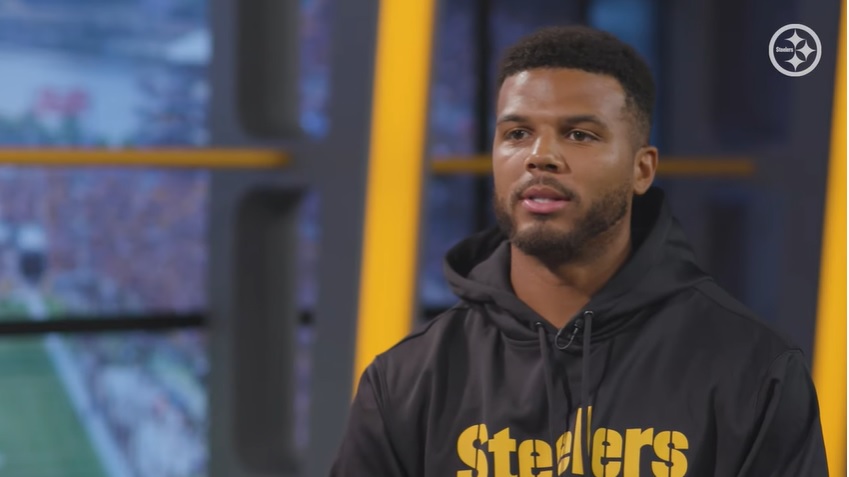 When speaking in NFL terms, the quarterback position is all about notoriety and being the face of a franchise. The majority of quarterbacks across the league, and especially the highly successful ones, were high-round draft picks, sporting accolade-filled college careers and pedigree.

The Steelers were no different in this past draft, being tasked with the unenviable position of replacing their franchise guy, and future first-ballot Hall of Famer Ben Roethlisberger. They did so in the first round, selecting local Pitt product and Heisman Trophy finalist Kenny Pickett. However, they weren’t done there, as they rounded out their draft selecting Chris Oladokun, by way of South Dakota State, Samford, where he was the successor to Devlin “Duck” Hodges, and South Florida. However, it was his play last season for FCS-level South Dakota State which garnered the attention of scouts, as he led the team to the final four of their playoff bracket.

Being a seventh-rounder, he may be looked at by some as a potential cap casualty or best case, a practice squad stash. Being pitted against first-round guys like Pickett or Mitch Trubisky, it would be simple addition by subtraction to say that Oladokun is the odd man out in this QB race. However, one thing he feels strongly about is the skillset he possesses belongs at the NFL level.

His selection raised a lot of eyebrows as the team had some other needs that seemed more pressing, such as a sufficient backup to running back Najee Harris. However, he seems like a perfect practice squad fit, as the 4.68 40 time he ran at his pro day seems to hype up his athleticism and can be used by to sharpen the starting defense by the scout team, as the AFC North division features the cream of the crop, mobility-wise, when it comes to QB’s in the league, like Lamar Jackson and Deshaun Watson, whenever he takes the field.

He has a good arm, and throws with a lot of confidence when he’s on the move, which falls directly in line with his aforementioned speed. For now though, he’s trying to make a name for himself, while at the same time, get acquainted to his new teammates, many of which he said he grew up watching. Most importantly though, he wants to do whatever the team asks of him in a crowded QB-room, to ensure team success.

“It’s about improving in our quarterback room: me, Mitch, Mason and Kenny just getting to know each other and building on every single day and developing,” Oladokun said, according to TribLive’s Chris Adamski.