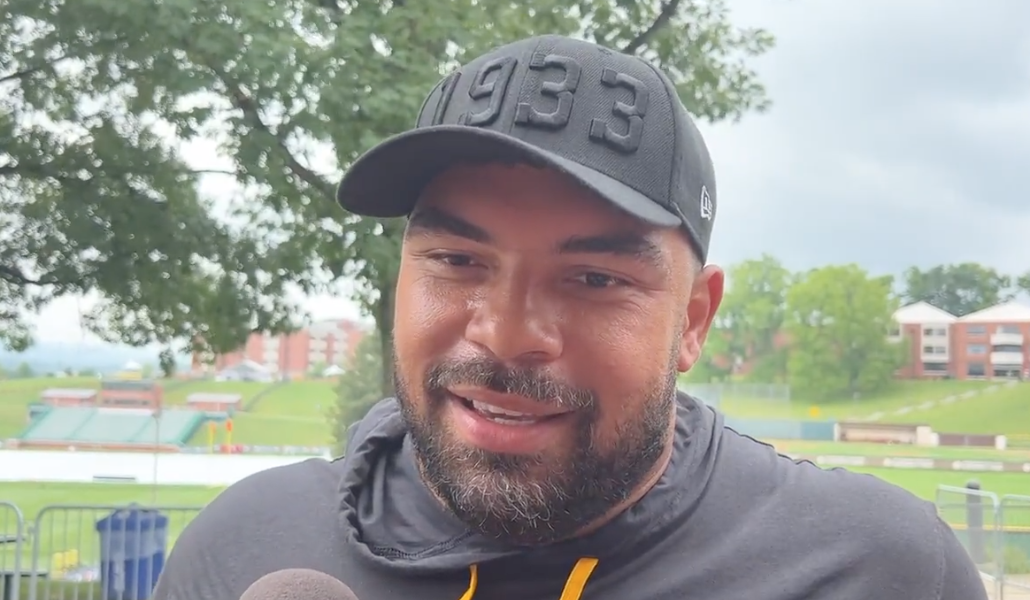 Prior to taking the practice field Thursday afternoon at Saint Vincent College in Latrobe, Pittsburgh Steelers DL Cam Heyward spent some time to talk to the local media regarding his thoughts on Ben Roethlisberger’s comments that have been shared back-and-forth the past couple days as well as other topics as the team is in the beginning stages of training camp.

When asked about what it means to be a team player and a leader on the team, Heyward pointed to accountability of each man on the roster as an important aspect to consider to avoid obvious mistakes that could be detrimental to the team.

“You shouldn’t have your phone out during a meeting,” Heyward said according to Mike Prisuta via the team website. “You shouldn’t be tweeting during a meeting. If you’re taking off your pads in the middle of a game, we’re going to have a problem. There are obvious mistakes. Understand that we do this together. It’s not one guy, two guys. This is a team sport and I love it because everybody has to be accountable for that.”

If the “taking off your shoulder pads” comment seems familiar, it probably should. His former teammate and former Buccaneers WR Antonio Brown did just that last season against the New York Jets, getting into a verbal altercation with HC Bruce Arians on the sideline and would proceed to take of his pads, his shirt, and throw his gloves into the stands as he ran off the field during the middle of the game.

Antonio Brown has a meltdown at the hand of the #Jets and #BraxtonBerrios pic.twitter.com/RGhSYpyrOu

ESPN’s Brooke Pryor shared a tweet of the conversation with Heyward prior to the quote above, addressing the situation involving Brown and said that while he was his former teammate “He wasn’t doing that here”.

Cam Heyward: “if you’re taking off your pads in the middle of a game, we’re going to have a problem.” pic.twitter.com/E9cqMN62oR

Heyward is right. During Antonio Brown’s time with the Steelers, we heard very little about the receiver and any issues happening behind closed doors until he forced his way out of Pittsburgh at the end of the 2018 season. After Brown left, he ended up causing numerous issues with the Raiders, Patriots, and Buccaneers including his helmet, his frozen feet, a sexual assault case, etc.

This is the expectation in Pittsburgh. That you fall in line and you do your job to the best of the ability while not being a distraction to the team. Players like Brown and Le’Veon Bell who became distractions forced their way out and their careers suffered because of it. Heyward recognizes this need for accountability, not only from the coaching staff, but also from the players themselves on their fellow teammates.

Player-coached football teams tend to have a lot of success in sports. They know the expectations of the coaching staff and while they are open and receptive to coaching, they take it a step farther and go about policing each other, making sure that any issues that surface get addressed early and that the whole offensive or defensive unit is on the same page.

Heyward has become the elder statesman of the team now with Roethlisberger retired and has served both the mentor as well as the authoritative figure in the locker room. Given the additions to the coaching staff and roster as well as the exclusions Pittsburgh has made in recent seasons to remove players who didn’t match up with this vision, the team finds themselves in position to see notable improvements in terms of self-governance and accountability heading into the 2022 season.