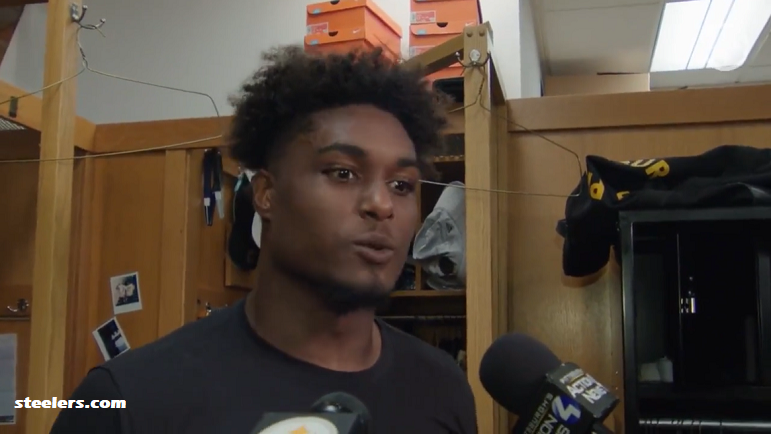 Jack, who signed a two-year, $12 million deal with the Pittsburgh Steelers upon hitting the open market, spoke with reporters earlier in the week during OTAs at the UPMC Rooney Sports Complex on the South Side and stated that though he was surprised to be cut in the fashion he was, it was a no-brainer where he would end up signing.

Now, as one of the marquee additions in the offseason, Jack is aiming to lead the Steelers’ defense back to prominence, keeping up the tradition of reaching the postseason  and  beyond in the Steel City.

“Oh yeah. Simple. I made my decision in a day,” Jack said to reporters Tuesday, according to video via Steelers.com. “Once I got that call, I talked to my agent. I was like, ‘yeah, it’s a no-brainer. Let’s shut it down. Let’s go ahead and go to Pittsburgh.’ So, when I saw the roster, who was gonna be coaching me, obviously the Steelers have been to the playoffs the last —  I don’t wanna say it wrong — I think 10 years in a row or something like give or take?

“So when you put all that into account, I was like, ‘shoot, at this point, I just wanna win.’ So let’s do it.”

Jack, obviously, is referencing not only head coach Mike Tomlin, but new senior defensive assistant/LB coach Brian Flores as key factors in why he chose the Steelers in free agency over plenty of other suitors. Add in the winning culture and it’s quite clear why Jack was thrilled to get out of Jacksonville and get to a more stable, successful franchise like Pittsburgh’s, where he hopes his talents can flourish on a defense filled with stars.

“Right, one hundred percent. Yeah, a chance to make a couple plays, get my name back out there and see what happens,” Jack added, according to video via Steelers.com. “But first and foremost, I’m just here to be a part of the Steelers and win games, and contribute. Cuz this defense is very, very talented up front, and in the back.”

The Pro Bowl-caliber linebacker will be a big boost to the Steelers’ front seven, especially alongside young linebacker Devin Bush, who — much like Jack — is trying to rebuild his game overall against the run and in pass coverage. There’s without a doubt a great opportunity ahead for Jack, who is aiming to get back to the high level of play he showed in 2017, leading the Jaguars to the AFC Championship Game against the New England Patriots.

Of course, that was the only winning season Jack experienced in Duvall, as the Jaguars won 18 games in the five other seasons, aside from the 10-win 2017 season. He’ll have to figure out what it feels like to win and win consistently, but that’s a good problem for Jack to have, especially after joining a franchise that was a no-brainer for him.