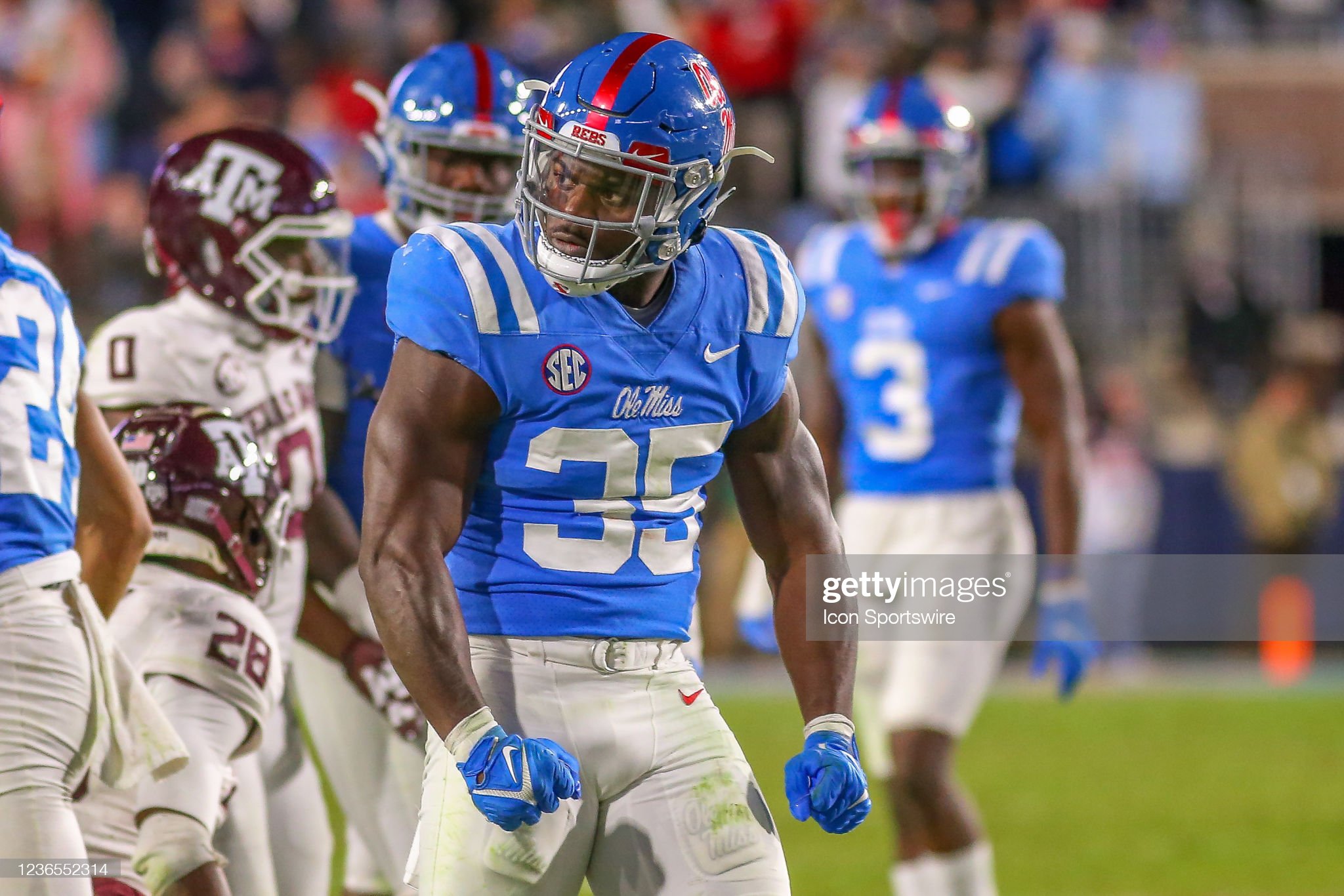 The one thing that’s stood out with Pittsburgh Steelers’ rookie linebacker Mark Robinson in his one year at the position at Ole Miss is the overall instincts and aggression with which the former running back turned linebacker plays with.

Though he’s still exceptionally raw for the position overall, former Pittsburgh Steelers’ running back and current NFL analyst Merril Hoge really likes what he’s seen from Robinson on tape, calling the young Ole Miss product a “buzzsaw” at the position with a good skillset overall, giving him a chance to be a productive linebacker throughout his career in the NFL during an appearance on the the PM Show for 93.7 The Fan with hosts Andrew Fillipponi and Chris Mueller.

Prior to his comments about Robinson, Hoge made headlines for his stances on fellow Steelers’ linebackers Devin Bush and Robert Spillane, but his views on Robinson shouldn’t be overlooked.

“Now, you talk about a little buzz saw, I mean, he is a buzz saw,” Hoge said of Robinson, according to audio via 93.7 The Fan. “He’s instinctive and, you know, here’s what happens: because they’re not in the first round or second round or third round, you think…shoot, look at Hardy Nickerson. He was a fifth-round draft pick, I believe. I think Gregg Lloyd was sixth. Fifth or sixth. They’re right around that category, you know? And I think that’s lost if you’re not first round, you’re not gonna be a great football player, you don’t have a great skillset and that’s what’s lost about the draft and is wrong about the draft. Because if you talk about 30 players, if that, and there’s two hundred and seventy some drafted and you act like that’s all that’s drafted.

“I mean, I went and put some tape on him and that dude is a buzzsaw now,” Hoge added. “He gets to the ball. Instinctive and will tackle and will hit. Now, can he transition and play NFL football? Well see about that, but he does have a good skillset.”

That’s certainly promising to hear from Hoge, who knows a thing or two about good downhill linebackers in the NFL, having been on the same team as guys like Levon Kirkland, Hardy Nickerson and Gregg Lloyd, while also having to block them head-on during his time as a fullback.

Like the way Mark Robinson attacks downhill from the LB spot. #Steelers pic.twitter.com/Z104IN3WZz

Still, with all the work Hoge put in on Robinson’s tape, he admitted he didn’t know that Robinson switched from running back to linebacker last season at Ole Miss, and didn’t hesitate to take yet another shot at Devin Bush on the way out the door in the process.

“Yeah, I didn’t know that. That’s interesting,” Hoge said to Fillipponi when asked if the transition from running back to linebacker has helped Robinson overall. “But I tell you what: he’s got fabulous instincts. He’s a good tackler. He gets the ball, too. He is very instinctive and aggressive. All the things that actually Devin Bush is not, to be honest with you.”

Not entirely sure what Bush did to Hoge to receive the hate and vitriol Hoge spewed Friday afternoon, but there’s clearly something going on there. It’s easy to praise a young player without trashing another in the process, so many Hoge needs to figure out how to do that.

Mark Robinson somewhat has a Vince Williams feel to him. Look at this hit. #Steelers #NFL pic.twitter.com/FpOW9eU4TR

That said, Robinson is really intriguing overall and reminds me of a young Vince Williams with his overall speed and aggressiveness working downhill. Add in his power as a hitter and there’s a lot to like there, especially when attempting to understand why the Steelers viewed him as a draftable player.

We’ll see if those instincts and overall effort to get to the football allows Robinson to develop into a serviceable piece.