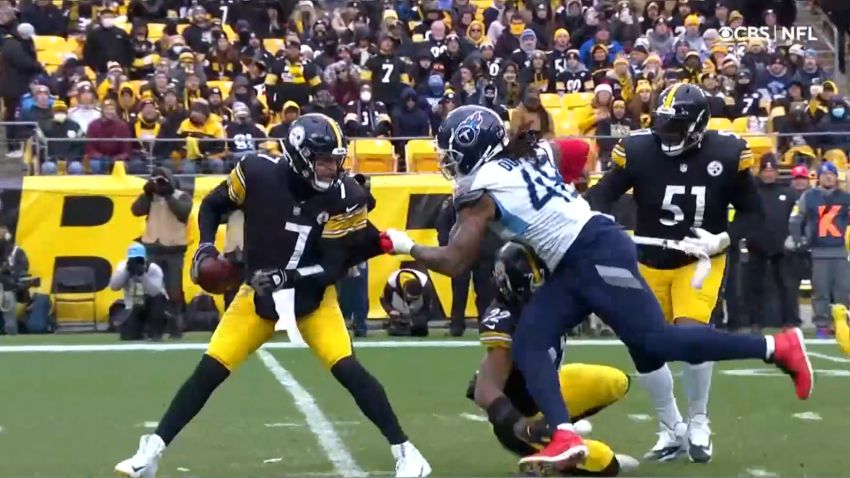 The Pittsburgh Steelers made a business decision last offseason, allowing OLB Bud Dupree to walk via free agency. Dupree spent six seasons in Pittsburgh after being selected in the first round by the Steelers in 2015, experiencing up-and-down play to begin his NFL career due to numerous injuries as well as needed development from the college to the professional game. However, after Pittsburgh picked up Dupree’s fifth-year option in 2019, his production on the field spiked to the tune of 16 TFLs, 11.5 sacks, and four forced fumbles. Dupree’s breakout season prompted Pittsburgh to use the franchise tag on Dupree for the 2020 season, bringing him back for one more year.

However, while Dupree was off to a strong start in 2020 with eight TFLs, eight sacks, and two forced fumbles in 11 games, he suffered a torn ACL in a Week 12 matchup with the Baltimore Ravens, bringing his season to an end when Pittsburgh was riding a hot 11-0 start in the 2020 campaign. The Steelers were presented a difficult decision that offseason, having the salary cap reduced due to the pandemic, thus limiting the ability for them to retain their own free agents. Along with the reduced salary cap, they also had then second-year OLB Alex Highsmith waiting in the wings who plays admirably in place of Dupree when he went down with the injury.

Pittsburgh opted to let Dupree test free agency and use what cap dollars they did have on retaining free agents at other positions, having to use void year deals to make the cap work. Dupree ended up coming to terms with the Tennessee Titans on a five-year deal worth $82.5 million with $35 million guaranteed, being only three months removed from ACL surgery.

However, according to Titans Senior Writer Jim Wyatt who spoke with Dupree after a mandatory minicamp practice, Dupree didn’t really begin to feel like himself until the team’s playoff game against the Bengals where he recorded two tackles, one TFL, and one sack.

Why it was critical for the Titans to keep Harold Landry and Bud Dupree together
🎧: https://t.co/eebJOCy1tR pic.twitter.com/e4kvnKsfWB

“I feel like the knee is all the way back,” Dupree told Wyatt after minicamp practice. “All I need to do is stay on top of it and maintain. But it feels way different. It feels way better. Your mind is telling you one thing, but your body is telling you another. My confidence is at a different level (now). And that’s what it takes to play the game, having confidence can help take things to a different level.”

As is often the case with players coming off ACL tears, the season immediately following surgery tends to be one where the player must work back steadily, not often feeling like oneself until the second-year post-surgery. That appears to be the case here with Dupree who played in only 11 games in his first season as a Titan, missing time early in the season as he rehabbed his knee while also suffering an abdominal injury that landed him on injured reserve up until Tennessee’s matchup against the Steelers in Week 15, where Dupree would play 59% of the snaps in a 19-13 loss to Pittsburgh.

Pittsburgh would have loved to re-signed Dupree after the 2020 season, but they had a succession plan in place with Alex Highsmith, who enjoyed a strong 2021 season in his own right. HC Mike Tomlin referenced Highsmith as the “lynchpin” to replace him given the expectations for his progression from his rookie season to Year Two in Pittsburgh. Highsmith delivered for the Steelers as referenced in a film room below I conducted on Highsmith’s 2021 season, providing a disruptive running mate opposite DPOY T.J. Watt.

I personally wanted to see Pittsburgh retain Dupree after the 2020 season, even despite the knee injury. However, Pittsburgh made the logical business decision, letting Dupree walk and betting on the talent they had in-house with Highsmith who came through and is set up for a potential breakout season in 2022. Should have Pittsburgh re-signed Dupree, he likely would have been on-and-off the field as he worked his way back post-surgery, limiting his availability and effectiveness as was the case for Tennessee where recorded 17 tackles, three sacks, 15 quarterback pressures and two tackles for a loss in the games he did play.

In the end, I wish nothing but the best for Dupree now with the Titans as he enters the 2022 season hopefully fully recovered from the knee injury. For the Titans’ sake, it would be great to see Dupree back to the level of play he flashed with the Steelers in his last two seasons with the team, being a disruptive force both as a pass rusher as well as a run defender. Pittsburgh seems to be in a good place as well, with Alex Highsmith looking like a young player on the rise, ready to take a leap in his third season.