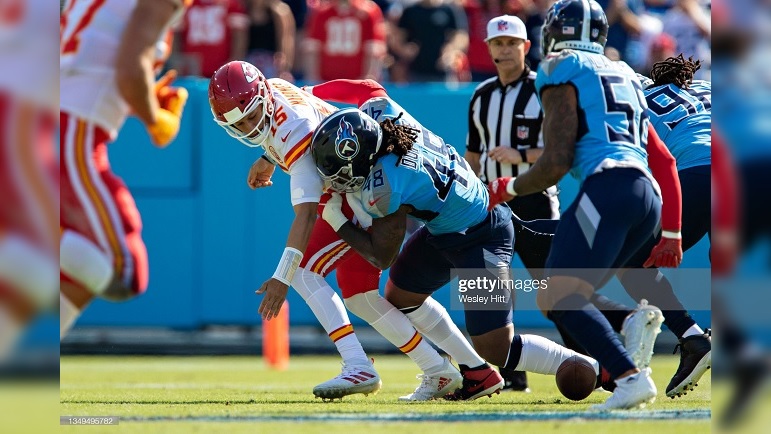 Less than 24 hours before kickoff between the Pittsburgh Steelers and the Tennessee Titans, a familiar face is back on the 53-man roster on defense for the Titans and head coach Mike Vrabel.

Former Steelers’ outside linebacker Bud Dupree was activated from the Titans’ injured reserve Saturday afternoon, according to a tweet from NFL Network’s Tom Pelissero.

Dupree was previously placed on IR on Nov. 20 after suffering an abdominal injury just one play into the Week 12 matchup against the New Orleans Saints.

Signed by the Titans from the Steelers this past offseason to a five-year, $85 million deal, the 2016 first-round draft pick has one sack, six quarterback hits, and one forced fumble in seven games in 2021 for the Titans, and has played only 260 total snaps.

The activation from IR on Saturday means Dupree is eligible to face off against his former team on Sunday at Heinz Field, giving the Titans a boost in the defensive front. Dupree is unlikely to play a high percentage of snaps just one day after coming off of IR, but he’ll undoubtedly be on the field in obvious passing situations to get after Ben Roethlisberger behind a porous offensive line that has allowed 30 sacks this season.