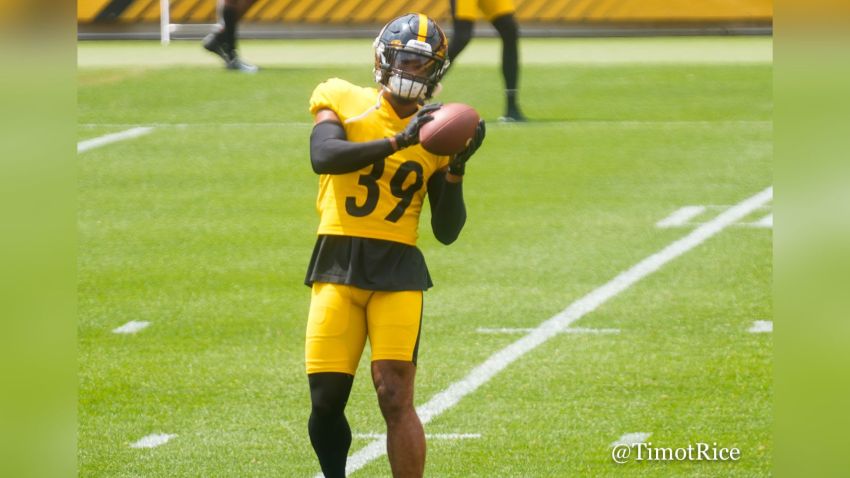 Kevin Colbert, Omar Khan, whoever was the Pittsburgh Steelers’ GM was going to re-sign Minkah Fitzpatrick. Failing to do would’ve been a dereliction or duty. Whether or not a deal got done was never the question. It was all a matter of when and Omar Khan is showing the Steelers are playing ball a little differently under this new regime.

It’s not unprecedented for Steelers to receive extensions prior to training camp. But it was almost always reserved for quarterbacks, like Ben Roethlisberger. Superstar T.J. Watt had to wait until the 11th hour to sign his deal last summer following a lengthy “hold-in” that wasn’t an issue but was less than ideal. At the least, it stirred up an unnecessary training camp story, not so much a will-they-won’t-they but it was the elephant in the room. As Week 1 neared, it was hard not to feel anxious.

Generally, Pittsburgh’s model under Colbert was to get the guy to camp and then hammer out a deal. Deadlines spur action, and often, ink wouldn’t be put to paper until the last minute. That was true with Watt, Troy Polamalu, and others.

Under Khan? With Fitzpatrick? Not the case. The deal’s done with over a month to go until training camp kicks off. No hold-in. No lingering questions. Just a celebration of a great player getting paid. As it should be.

Of course, Khan has been the point-man for Steelers’ contracts under Colbert. I’m guessing agents spent more time going back and forth with Khan than they did with Colbert. Khan was the kingmaker but Colbert still ruled the land and seemed to have no issue dragging out these deals, perhaps putting a little heat on the agent/player knowing Pittsburgh breaks off talks once Week 1 kicks off. Khan could’ve waited, maybe tried to get a deal done under slightly friendlier terms. But he wasn’t waiting around. The deal was going to get done and Pittsburgh wisely got it done early.

As Dave Bryan laid out, that leaves plenty of time to focus on everyone else. Kicker Chris Boswell, who should be a slam-dunk to get paid, probably as the league’s highest-paid kicker in football. Wide receiver Diontae Johnson is the real toss up but with Fitzpatrick out of the way and Boswell’s deal easy to do, more attention can be paid to Johnson and a potential extension.

Khan and Colbert are taking different journeys to the same destination. The change in philosophy here is not extreme. But it is a difference and reminder that Colbert isn’t calling the shots anymore. It’ll be the first of many subtle tweaks to the Steelers’ new regime as they change GMs for the first time since 2000.