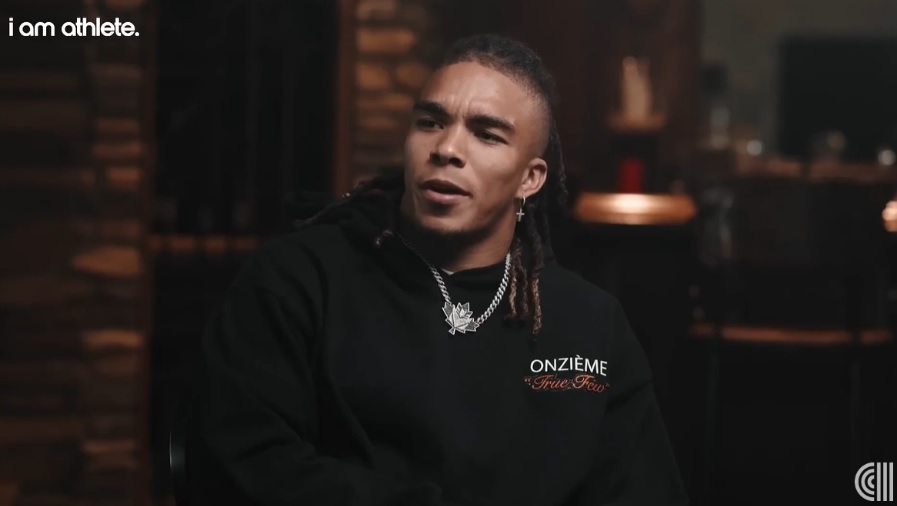 As a guest on the I AM ATHLETE podcast with Brandon Marshall, LeSean McCoy and Adam Jones, Steelers wide receiver Chase Claypool was asked if Ben Roethlisberger should’ve retired before the 2021 season. Claypool didn’t flat out say yes, but his answer was interesting as someone who played with him every day.

“I think at the end of my first year, no one would’ve said that, but everyone, I feel like everyone’s saying that as the year went on, ‘oh he should have retired’. It’s so easy to do that after the fact,” Claypool said. “So it’s tough to say. I mean, he was banged up for sure. He was fighting through a lot of stuff and he’s a vet quarterback that brings a lot of intangibles to the game that no one will ever see.”

There was no question that Roethlisberger wasn’t the same quarterback the last two seasons, which were Claypool’s first two seasons in the league. Still, there was a bigger drop-off in the 2021 season than there was in 2020, and while Claypool’s numbers were similar statistically, he did have seven fewer touchdowns in 2021. He attributed that to Roethlisberger not giving him a second chance after he lost some 50-50 balls, and getting put in the formation away from where he could’ve gotten shot plays in the end zone.

Claypool’s a physically imposing receiver at 6’4″, 238 lbs., so realistically, he should be winning 50-50 balls over cornerbacks and other defensive backs who are smaller than he is. That was a problem during his second season that stood out on a few occasions, so it’s fair to believe that Roethlisberger stopped going to him as often due to that or he was just given fewer opportunities in the playbook. It’ll be interesting to see with a new quarterback if Claypool is given the opportunity more in the red zone in 2022.

Claypool’s always seemingly been honest with the media, and sometimes a little bit too honest which has hurt his persona a little bit. Still, it’s interesting to hear him come out and not deny that he thinks Roethlisberger should’ve retired. Even though he wasn’t the same player, he also dealt with a shaky offensive line that definitely impacted his play a little bit. Claypool did say that if another quarterback came in and struggled, people would be calling for Ben to come back instead of calling for his retirement given that he did come back.

Ultimately, Roethlisberger coming back probably helped the Steelers in 2021. It’s unlikely they would’ve found their quarterback of the future in the 2021 draft unless they traded up, and Roethlisberger still led them to the playoffs. While losing in the Wild Card round isn’t the goal in Pittsburgh, with all the flaws the team had last year, it’s still a pretty impressive feat.

Let us know in the comments if you think Roethlisberger made the right decision to return in 2021, and if you think Claypool’s numbers will pick up with a new quarterback in 2022.