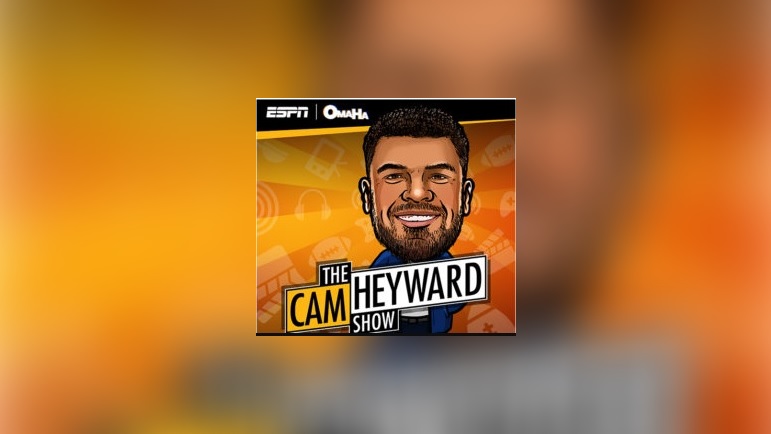 Watch Cam Heyward on Sundays. Listen to him the rest of the week. Heyward is continuing to break into the media world and has taken a big step Wednesday. In conjunction with Peyton Manning’s Omaha Productions, an ESPN press release announced the creation of a new podcast starring Cam Heyward, The Cam Heyward Show, set to debut July 11th.

The release offered a brief outline of what the show will be about.

“Each week, The Cam Heyward Show gives fans a peek behind the curtain of NFL life. Pittsburgh Steelers defensive tackle and five-time Pro Bowler Cam Heyward gives his unfiltered thoughts on the league and headlines across all sports, welcoming in top guests including athletes, coaches and celebrities to talk sports, pop culture and more.”

Given a start date just two weeks before camp, it seems Heyward will stay on the airwaves throughout the season. The episode appears to be weekly.

Heyward has been a big presence in the media world this offseason. He attended media bootcamp, has appeared on several NFL Network panels, and was a recent guest on Mina Kimes’ popular podcast. It helped he received so much media buzz as his brother Connor entered the NFL Draft and was selected by the Steelers, leading just about every network to talk to them. Heyward has hinted at working in media in his post-NFL days, though he’s also said he plans to play in the league for another five years.

Heyward is among the best quotes and interviews on the team after games, win or lose. He was this year’s recipient of The Chief Award, given to the Steeler who shows the best relationship with the media.

His podcast is part of a new summer lineup that includes shows from other well-known athletes including Vince Carter and Greg McElroy (one of them more well-known than the other, admittedly). There’s also Cooper Manning, who is evidently hosting a podcast revolving around eating soup. Cool.