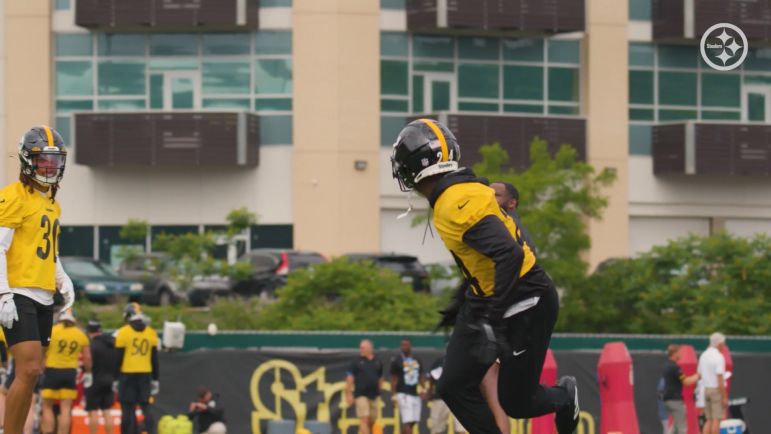 Topic Statement: Damontae Kazee will be the Steelers’ dime defender in 2022.

Explanation: The experienced former starting safety is also a capable slot defender, where Cameron Sutton figures to be the primary starter this season in between outside cornerbacks Ahkello Witherspoon and Levi Wallace.

Damontae Kazee is too experienced a player, too good of a resource, not to get on the field. He is a four-year starter at safety with 49 starts to his name. The most likely alternative dime options are Arthur Maulet, whose strength is not in coverage and is undersized, and Tre Norwood, whose long-term potential is basically what Kazee is—and they already have Kazee.

Although naturally a free safety, Kazee has both the skill set and the tape that shows he is capable of playing in the slot as a coverage defender. And when the Steelers are playing in a dime defense, they are obviously facing pass situations with a high degree of certainty.

Although Kazee has some experience working in the slot, it’s not as much as you might think. The only season in which he played more than a relative handful of snaps there was in 2019, and that was only a couple hundred snaps.

Depending upon the situation, Maulet or Norwood should be just as strong of candidates to log time there. Norwood in particular is a young defender that the Steelers are high on. He showed glimpses of a well-rounded skill set, not just in pass coverage, which he is capable of doing.

Norwood, after all, was allowed to start the 2021 season opener, in his first game action, as the primary nickel defender. If they can’t even ask him to be the primary dime defender, that would certainly be an indictment of what they think of him, even considering the presence of a veteran safety, who was signed to provide quality depth. But at least the Steelers have options, even if they only have one blue-chip player in the entire secondary.