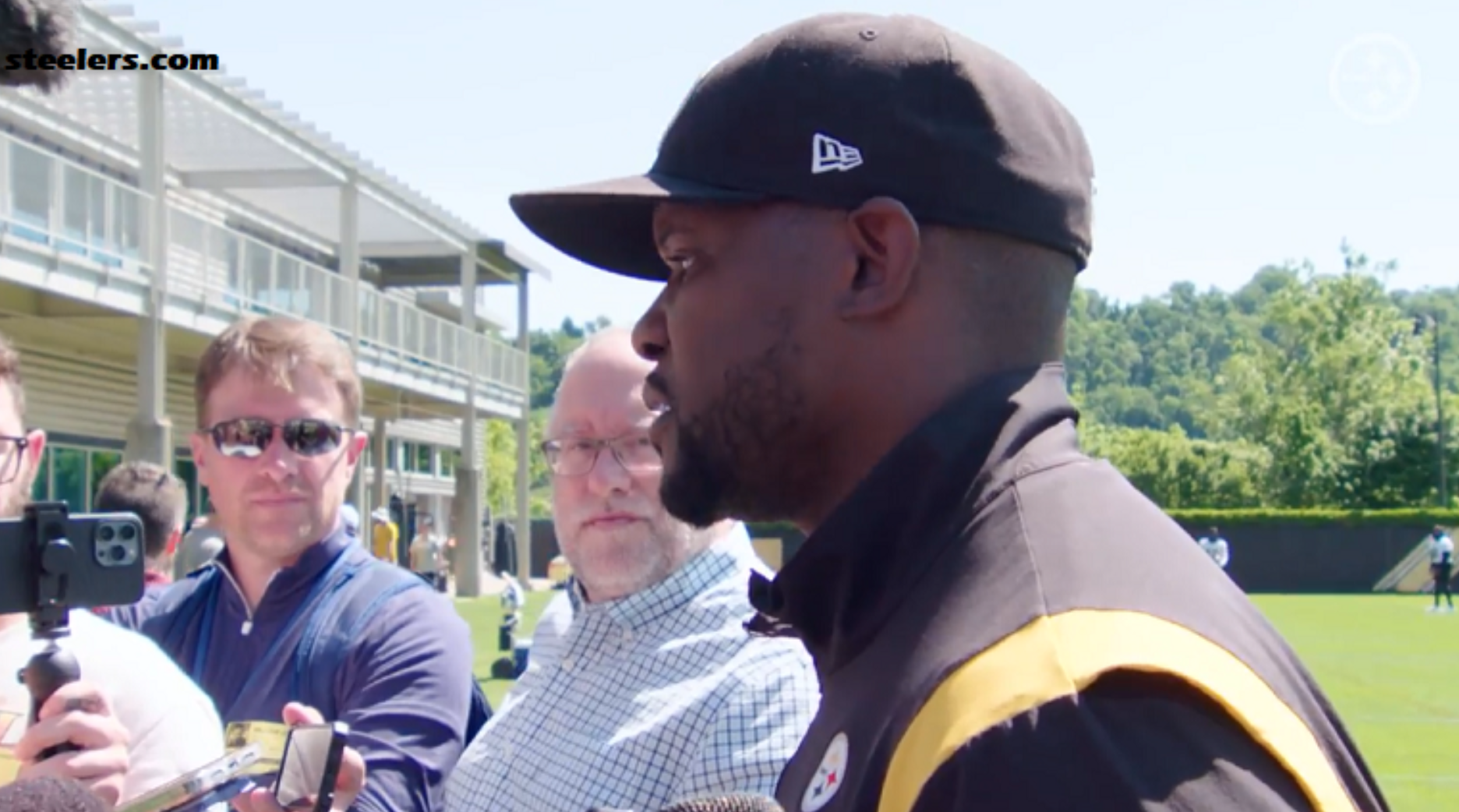 With OTAs and mandatory minicamp now in the rearview mirror for the Pittsburgh Steelers, one common thought prevailed from the last few weeks of football in shorts when it comes to a number of key figures within the Steelers.

No, it wasn’t the quarterback competition featuring Mitch Trubisky, Mason Rudolph, and rookie Kenny Pickett. Instead, it was players raving about the impact new Senior Defensive Assistant and linebackers coach Brian Flores has had on the black and gold in just a few short months.

Flores was hired in February just weeks after filing a lawsuit against the NFL for discrimination after being fired by the Miami Dolphins and then having an alleged sham interview with the New York Giants for their head coaching job before former Buffalo Bills’ offensive coordinator Brian Daboll was ultimately hired.

Steelers’ head coach Mike Tomlin certainly threw Flores a lifeline, aiming to keep him within the brotherhood of the NFL coaching circle while he’s going through the legal battles. That lifeline will go both ways, as Flores has already made a significant impact on the Steelers since his hiring and has players buzzing about just what he brings to the table on the defensive side of the football.

Third-year outside linebacker Alex Highsmith was the latest to praise Flores on Friday while appearing on the Cook and Joe Show with hosts Ron Cook and Joe Starkey on 93.7 The Fan, stating that Flores has bought a lot of value to the Steelers and that he looks forward to continuing to work with a great defensive mind like Flores this season.

“He’s great. I’ve said before he’s brought a lot of value to our team, especially the defense side of the ball and to the linebacker room,” Highsmith said to Cook and Starkey Friday, according to audio via 93.7 The Fan. “We’ve been working with him some with outside linebackers, even though we’re primarily defensive ends. We’re also linebackers as well. So he’s helped us a lot, not only with just the linebacker stuff, but also with some defensive line stuff as well, cause he’s very knowledgeable about offenses. So, he can know how to twist up offensive lines at different games and stuff like that.

“And so I’m just excited to have him in the room. He’s been great so far and just look forward to continue working with him about this year.”

Highsmith’s comments to Cook and Starkey echo the ones he made during OTAs on Steelers Nation Radio, praising Flores for the value he brings not only to the defensive side of the football, but to the Steelers in general.

Having a guy of Flores’s caliber on the coaching staff and within the room will be a significant boost for the Steelers on and off the field. Already, he’s making an impact, helping further develop young players like Highsmith and inside linebackers Devin Bush and Myles Jack.

For now, Flores will be in the black and gold as his lawsuit plays out within the court system. Hopefully his time with the Steelers becomes a true win-win for everyone as he helps players reach new heights on the field, and rebuilds his own coaching stock in the process, rightfully ascending back to a head coaching job in the NFL where he deservedly belongs.