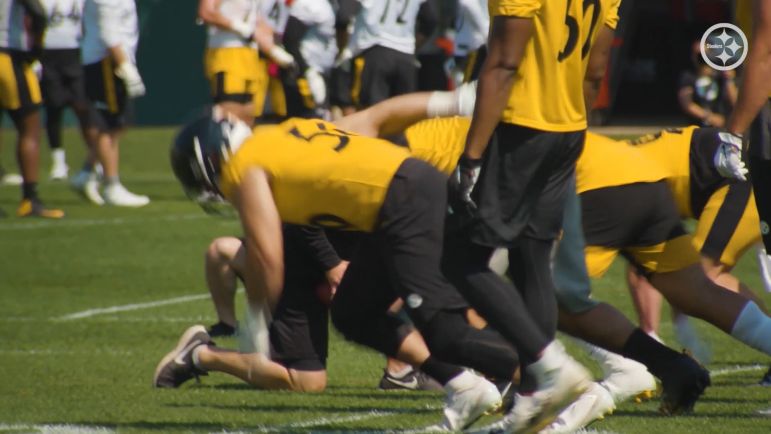 Although his official title suggests that his focus would be on the outside linebackers, new Pittsburgh Steelers senior defensive assistant Brian Flores has already been seen dipping his quill in every inkwell he can seemingly find. The former head coach of the Miami Dolphins has been mentioned by players at every level of the defense.

“I feel like bringing in Coach Flores has been awesome for us”, he volunteered while discussing another topic. “He’s so intelligent. I can see why he’s been a head coach in this league just because of how intelligent he is. He’s been great so far. I’ve learned so much from him, not only from a run-game standpoint, but also from a pass-rush standpoint, learning different protections from the o-line, learning different stuff like that, so he’s great. He’s been great for us so far, really adding value to our defense”.

Steelers head coach Mike Tomlin hired him in February, just a short time after he was fired by the Dolphins after three seasons as head coach. This was after he had already interviewed for multiple vacant head coaching positions—and after he had filed a class-action lawsuit against the NFL and several individual teams.

Prior to being hired by the Dolphins in 2019, Flores began his career in the NFL with the New England Patriots, where he would spend a decade and a half. He started out as a scouting assistant in 2004 before becoming a pro scout, and then joined the actual coaching staff as a special teams assistant, working his way through a variety of roles thereafter.

His tenure as Dolphins head coach was generally viewed as an overperforming one with weak rosters that he was handed by the organization. It was quite a surprise to many that he was let go, and it was assumed that he would not wait long for another opportunity to be a head coach.

He will now be an asset to the Steelers’ coaching staff while he waits for his next opportunity—hopefully one that will wait until at least 2024, as then, Pittsburgh would be eligible to receive draft compensation for his departure to another head coaching gig.

And hopefully he will have left his mark and made the players that he coaches better for his presence, particularly younger guys who can be cornerstones of this franchise moving forward, like Highsmith, who could be a great long-term pairing opposite T.J. Watt.