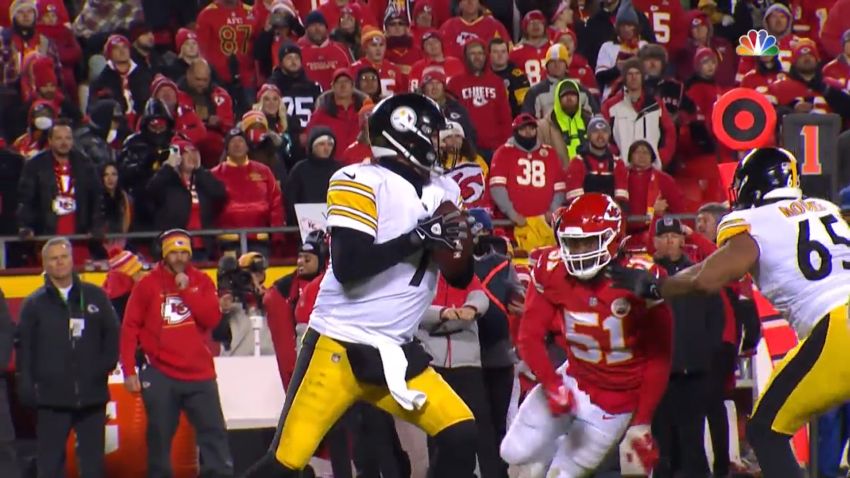 At this point in the post-Ben Roethlisberger era, it feels safe to look back on the last half decade with No. 7 at the helm of the Pittsburgh Steelers and realize that the old gunslinger got away with much more than he probably should have, in terms of throws on the field.

Of course, there were some very high moments throughout his late-career run that showed why Roethlisberger is ticketed for a first-ballot Hall of Fame induction, but the underlying numbers showed that there were plenty of instances where the future Hall of Famer got “lucky” on some throws, according to Football Outsiders.

What A Ride. Thank You Ben Roethlisberger For Everything. #Steelers #MNF #NFL pic.twitter.com/YTeqfXsIkO

In a year in which he threw just 10 interceptions per the official stats, Roethlisberger was easily the NFL’s “luckiest” quarterback in his final season. Nothing like kicking a legend when he’s down, but that’s what Football Outsiders did here.

“Roethlisberger only threw 10 actual interceptions in 2021. Seventeen quarterbacks threw more than that, including Sam Darnold, who only played in 12 games. However, Roethlisberger threw sixteen other passes that should have been intercepted but were dropped by defenders. (A 17th pass was also dropped by a defender but only after it was first dropped by a Steelers receiver. Whole lotta great football out there in Pittsburgh, folks.),” FO’s Vincent Verhai writes. “That’s the most dropped interceptions a quarterback has benefitted from in a single season since 2007, breaking Mark Sanchez’s record of 15 set in 2010. Roethlisberger threw 9.2 fewer interceptions than expected, the biggest gap in our records, breaking the mark of -8.5 that was also set by Sanchez in 2010.

“Now here’s where things get weird: you would expect a lot of fluctuation in these numbers, since a quarterback has no control over whether defenders drop his passes or not, but Roethlisberger was also the luckiest quarterback in the NFL in 2020 and 2016,” Verhai added. “That’s three times in his last five qualifying seasons (he only played two games in 2019) that Roethlisberger has been the NFL’s luckiest passer, and he has four other seasons in the top 10. Things haven’t always been so rosy for Roethlisberger—he ranked seventh or higher in bad luck in 2008, 2013, and 2015—but as a starter since 2007, he has thrown 21.5 fewer interceptions than expected, based on his adjusted interceptions. We’re just going to guess that’s a lot of dropped interceptions by defenders in Cincinnati and Cleveland.”

The tape certainly lines up with this, as Roethlisberger definitely got away with a number of mistakes in 2020 and 2021 thanks to defenders simply dropping the football. Some of those mistakes had to do with Roethlisberger incorrectly believing he could fit a ball into a tight window at that point in his career, or simply not seeing the defender outright as he had some blinders on in certain situations while looking for specific targets.

Ben Roethlisberger says goodbye to Pittsburgh. What a scene. pic.twitter.com/z0ITNie2V9

Some readers may view this as one last knock on Roethlisberger, but for me, it shows that Roethlisberger went out on his shield as a player, continuing to lean into that gunslinger mentality at the position, sticking with what got him to reach soft lofty heights, that being the belief he could make any throw at any time, and was always looking to make a play with his right arm.

Hard to fault him for that.

Aside from Roethlisberger, big names at the position like Buffalo’s Josh Allen (23 adjusted interceptions), Los Angeles’s Matthew Stafford (23) and Ryan Tannehill (23) tied for second in the league, followed by Trevor Lawrence with 22 and then Matt Ryan and Jimmy Garoppolo with 19 apiece.