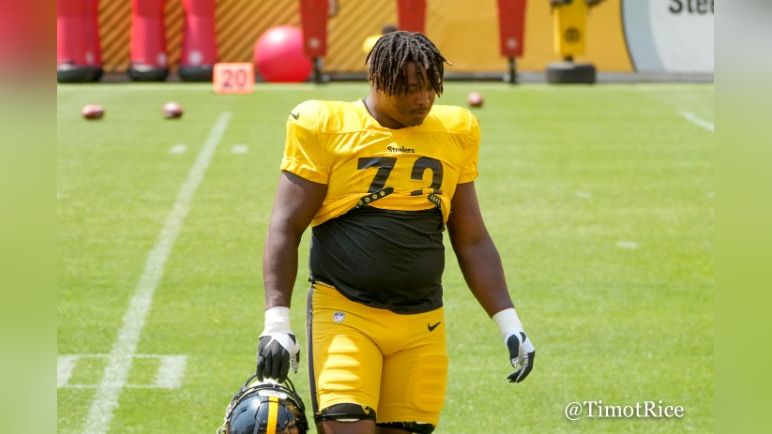 Reasoning: Already on the wrong side of the roster bubble, with the signing of Larry Ogunjobi, third-year veteran defensive lineman Carlos Davis has a very steep hill to climb in order to retain his roster spot this season.

One of the notable implications of Stephon Tuitt’s decision to retire was that it was going to afford others the opportunity to step up. It gave players like Carlos Davis a fighting chance to actually make the team, as well. But with the Steelers having gone out and brought in veteran Larry Ogunjobi, it would take numerous things to go his way—likely including injuries ahead of him—in order to make the team.

He is, at best, the eighth lineman right now, in all likelihood. In addition to Ogunjobi, the Steelers return Cameron Heyward and Tyson Alualu to the starting lineup, along with Chris Wormley, giving them their top four. To them you have Montravius Adams, Isaiahh Loudermilk, and rookie third-round draft pick DeMarvin Leal, which already gives you seven, one more than the Steelers almost always carry on the roster.

The only realistic path he has of making the team without others being injured or traded is him beating out Loudermilk for a roster spot and convincing the team to keep seven defensive linemen, or beating out both Loudermilk and Wormley, who started last season.

A seventh-round draft pick in 2020, Davis did show some promise as a rookie. He was injured in the first game of the 2021 season, however, and was virtually a non-factor throughout the year. He spent most of the season recovering from that injury, including a stint on the Reserve/Injured List.

Even when he returned from the Reserve/Injured List, however, there were games that he spent on the inactive list, with Henry Mondeaux dressing and playing ahead of him, even though, unlike the year before, they weren’t asking Mondeaux to play a prominent role on special teams.

Can he change his story this summer now that he’s fully healthy and look like the player many seemed to feel that he showed glimpses of in 2020—brief as they were? If he has any hope of making the team, he’s going to have to. It would certainly be a good problem to have, figuring out how to keep him.