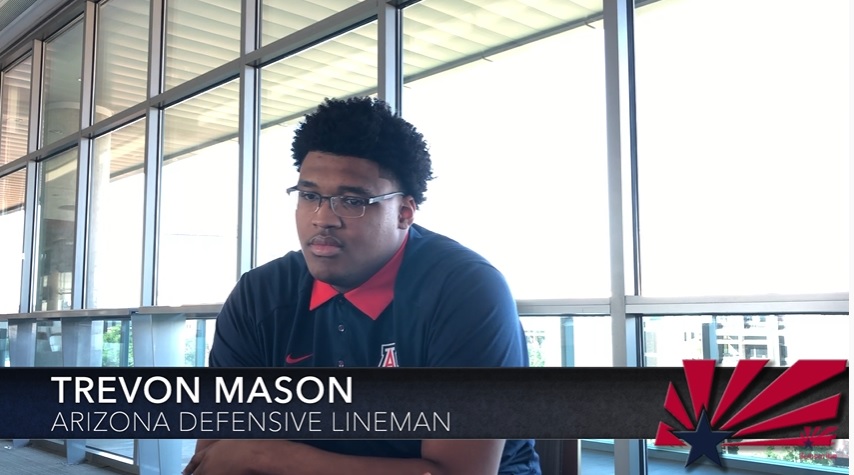 It appears at least two players who tried out for the Pittsburgh Steelers during weekend minicamp have been signed by the team. In a tweet a short time ago, Arizona DL Trevon Mason announced he’s signed with the team.

Mason wore #90 at Arizona, hence the jersey in his tweet. But he’ll have to certainly chance that with the Steelers. #90 is more than spoken for. He wore #69 in rookie minicamp this weekend.

In our breakdown of the tryout group, we had this to say about Mason:

“Last but not least is Mason who lacks length (32 5/8 inches) but overall has the profile of a Steelers’ defensive end. 42 tackles (7.5 TFL) and 2.5 sacks last season, all career-high numbers for him. He used his size and length well to bat down four passes a year ago. He ran a 5.02 at his Pro Day.”

Mason weighed in at 6055, 290, giving him near prototypical size to be a base Steelers’ end. He obviously showed he had more than just the frame this weekend and appears to be added to the team’s 90-man roster.

He is reportedly the second play to signing, joining South Carolina CB Carlins Platel. Pittsburgh will likely make the moves official tomorrow afternoon along with the two corresponding moves, two players who will need to be waived or waived/injured, in order to free up space for Mason and Platel. We’ll pass along that information, and any other tryout players inking deals, to you tomorrow.