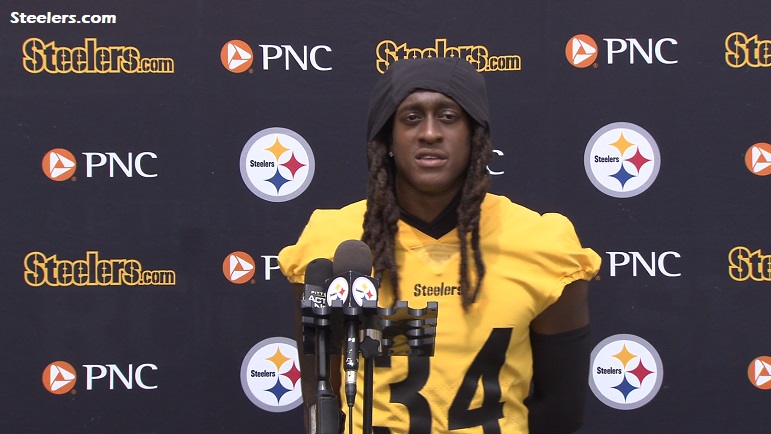 Calling veteran Pittsburgh Steelers’ safety Terrell Edmunds a bust at this point in his career is rather ridiculous.

That’s exactly what Bleacher Report’s Ian Wharton did Thursday though, highlighting Edmunds as one of seven players in the NFL who could shed their bust label this season with a strong performance in 2022.

Edmunds, the 28th overall pick in the 2018 NFL Draft, hasn’t quite lived up to expectations as a first-round safety coming out of Virginia Tech. In 64 career games (60 starts), Edmunds has just five interceptions, 21 passes defensed, one fumble recovery, and three sacks, which doesn’t quite line up with first-round safety production.

However, Edmunds has been rather dependable throughout his career, missing just one game while playing more than 4,000 snaps for the black and gold. He’s improved each and every season as well, and has developed nicely as a box safety overall, helping the Steelers’ defense take away opposing tight ends in recent seasons.

My scouting report and review of SS Terrell Edmunds. A durable player who has made gradual strides. But his game is maxed out as a classic box safety (29.3% of snaps in the box in 2021).

Cut-up of some of his TFLs this year. #Steelers https://t.co/9NUJwL6iAB pic.twitter.com/wH1pspJbNw

Of course, that doesn’t quite matter though for those boxscore scouting. Doing so would leave people rather displeased with Edmunds, which leads to Wharton’s inclusion of Edmunds on his list of seven players, starting at No. 1 overall.

“Since Pittsburgh acquired a true single-high safety in Minkah Fitzpatrick midway through the 2019 season, Edmunds has been put in a better, more refined role,” Wharton writes. “He picked off four throws and broke up 14 passes in the last two years. However, the Steelers still declined his fifth-year option in the spring of 2021 and re-signed him to a modest one-year, $2.5 million deal this offseason.

“Some of Edmunds’ issues won’t be resolved by the Steelers’ moves this offseason, but he’s in the best position to continue building on the momentum he’s gained over the past two years,” Wharton added. “The Pro Bowl might be too ambitious for Edmunds’ future, but he can prove he’s a long-term starter in 2022. Look for more ball production and impact plays as the indicator that he’s fully shed the bust label.”

As a box safety, Edmunds doesn’t create the splash that many would like to see, this writer included, but calling him a bust is a massive stretch. He’s a solid, dependable starter in a specific role on an above-average defense. That doesn’t say “bust” for me. If he were a second-round pick people would be pounding the table for him as a dependable starter, but seeing that first-round pick attached to him and seeing the lack of splash plays seemingly devalues him in the eyes of some.

Been a pretty quiet – though by no means bad – year for Terrell Edmunds. His breakup on the Colts 2 point conversion was a huge, forgotten play. Steelers take the lead, instead of tying, on their FG, go on to win after Vinateri's miss. #Steelers pic.twitter.com/VXB4LDrDMl

Of course, the NFL said exactly how they feel about Edmunds in free agency as the veteran safety hit the open market and didn’t get many offers overall before re-signing with the Steelers on a one-year, $2.5 million deal to return to the black and gold for one more season. Another strong season like 2021 should help lead to a longer term deal for decent starting safety money for Edmunds, hopefully in Pittsburgh.