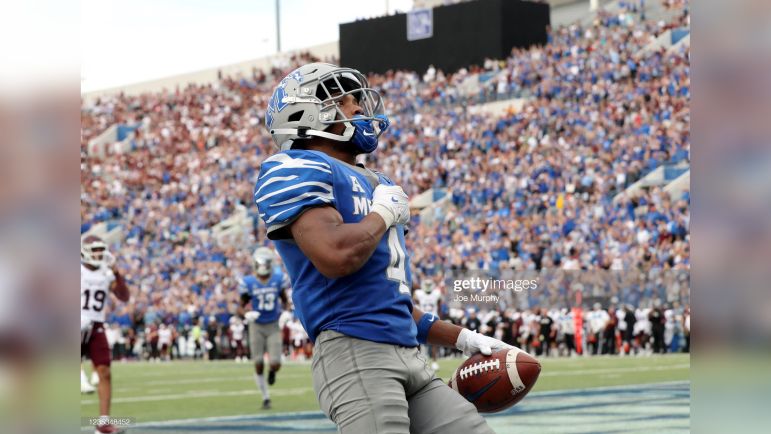 The Pittsburgh Steelers’ 2022 NFL Draft haul of quarterbacks Kenny Pickett and Chris Oladokun, wide receivers George Pickens and Calvin Austin III, H-back Connor Heyward, defensive lineman DeMarvin Leal, and linebacker Mark Robinson might not move the needle overall, at least on paper, but the Steelers — at least based on a number of post-draft grades — did a nice job gaining value overall with their seven picks.

Of course, coming out of the 2022 NFL Draft, the Baltimore Ravens again seemingly cleaned up across the board with their 11 draft picks, including six in the fourth round, while the Cleveland Browns and Cincinnati Bengals made out well with limited picks overall.

A little under a week removed from the conclusion of the three-day draft in Las Vegas, NFL.com’s Dan Parr took a shot at grading the draft hauls for all four AFC North teams.

Based on Parr’s grading, the Steelers landed second overall in the AFC North with a “B” grade, placing behind the Ravens, who earned an “A” grade, and ahead of the Bengals and Browns, who also earned “B” grades.

“The Steelers selected a quarterback in Round 1, which means retiring general manager Kevin Colbert’s final draft with the organization will largely be judged based on how Pickett fares in the NFL. For now, the decision to use the 20th overall pick on a passer seems fine. No one from this year’s QB class made evaluators swoon. Pickett was the only one selected in the first two rounds,” Parr writes. “Perhaps Pittsburgh could have addressed a different need in the first round and taken Desmond Ridder or Malik Willis on Day 2. I would not have been against that idea, but the former Pitt star was considered the best of the bunch at the position and no team should have more intel on him than the Steelers, given that they share a facility with the team he’s played for over the past five seasons.

“NFL.com analyst Lance Zierlein’s comp for Pickett is prime Andy Dalton. That might not be elite, but it’s definitely not bad,” Parr added. “Hopefully nothing occurs in the seasons to come that reignites the discussion of his hand size.”

Aside from writing heavily about the selection of Pickett, which Parr seems to be on board with overall, the NFL.com writer also stated that he believes the selections of Pickens and Austin were great value for the Steelers, as was the selection of Leal at No. 84 overall.

However, Parr wonders if the Steelers would have been better suited investing a Day 3 pick in an offensive lineman or a defensive back, rather than adding an H-back in Heyward, or two long-term projects in non-areas of need in Robinson and Oladokun.

It’s a fair question overall, but there was nothing surprising overall by Colbert’s picks on Day 3, based on the work the Steelers did in the pre-draft process and the overall interest they showed in the three picks they made to close out Colbert’s final draft as the Steelers’ GM.

It would have been ideal to see the Steelers take a shot on a traits-based edge rusher or safety late on Day 3, rather than Robinson or a fourth quarterback in Oladokun, but the Steelers believe they are pretty solid off the edge overall, and added that they could address the position this summer with a street free agent if need be.

Regarding the draft class haul overall though, only time will tell how good or bad this draft class is overall. A lot of that discussion one way or the other will ride on Pickett’s production on the field.