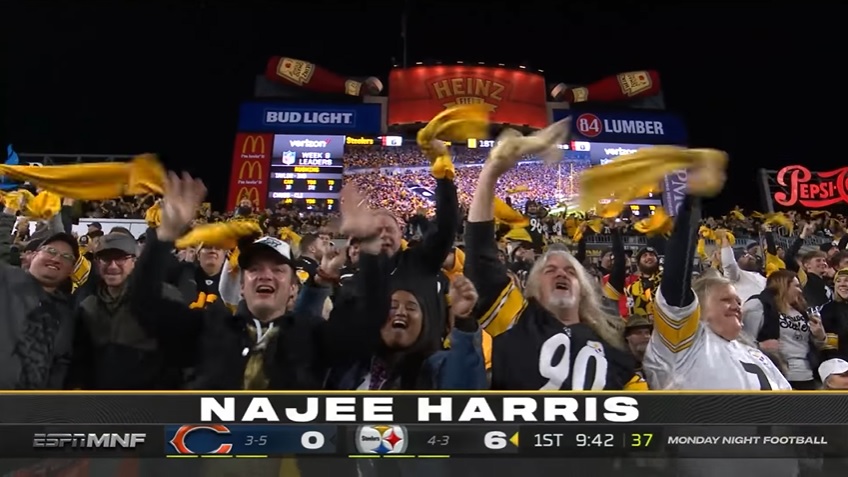 From a mathematical, strength of schedule viewpoint, the Pittsburgh Steelers have the 12th hardest schedule in 2022. But when you look at exactly how the schedule lays out, now known following Thursday’s schedule release, NFL.com’s Nick Shook believes it’s the most challenging in football.

In a recent article for the site, Shook named the Steelers’ schedule as the most difficult one in the NFL when factoring in opponent and the specific order of games. Explaining why, he wrote:

“Nearly every single game in the first half of the season looks like it could be a significant hurdle for Pittsburgh, a franchise taking its first steps into the post-Ben Roethlisberger era, and five of the first eight contests come away from Heinz Field. Things don’t get much easier after the Week 9 bye, either, as the Steelers go on the road for four of their final seven games. We don’t yet know who Roethlisberger’s successor will be, with Mitchell Trubisky and rookie Kenny Pickett set to battle for the job, but the Steelers will have to hope whomever they tab as their starting signal-caller handles the daunting early slate well enough to position them for a strong run to the finish, which includes meetings with Las Vegas, Baltimore and Cleveland to close out the season.”

Certainly the schedule doesn’t offer an “easier” portion of the schedule and is competitive, though balanced, throughout. Pittsburgh plays the AFC North in two of their first three weeks for the first time since 2014, opening up at Cincinnati in Week One followed by a Thursday night tilt against Cleveland in Week 3. Both games are on the road. Sandwiched in-between is the home opener against the New England Patriots, who should be in the Wild Card mix this season.

Weeks 5-8 sees the team take on the Bills, Bucs, Dolphins, and Eagles, all games in which the Steelers will be underdogs or slight favorites. Their bye week does fall at a good time, right in the middle of the season, but coming out of it, they host the Saints, Bengals, and play a Monday night game against Indianapolis.

Pittsburgh will end the year how they started it with two of their final three games against the AFC North – Week 17 against the Ravens and Week 18 against the Browns with a Christmas Eve contest hosting the Raiders in Week 16.

Certainly, there are far easier schedules out there but Pittsburgh’s seen worse in past years. The biggest issues are internal ones for the team. Who the quarterback will be, how the o-line and by extension, the run game will improve, and if the Steelers can drastically improve their historically bad run defense from a year ago. They’ll need lots touchdowns from Najee Harris this year along with a front seven that doesn’t open up semi-truck sized holes for the opposing runner on a weekly basis.

To have a legitimate shot at the playoffs, Pittsburgh’s goal this year should be ten wins. While they did get into the playoffs last year with a quirky 9-7-1 record, they and the Philadelphia Eagles were the only two teams to get into the postseason with just nine victories. In the rest of the AFC, New England and Las Vegas each got in with ten while in the NFC, Arizona needed 11 wins while the 49ers hit double-digits with ten. For Pittsburgh, they means sitting at 5-3 before the bye weeks and going 5-4 the rest of the way, putting them at 10-7. Or if they’re at .500 at the bye, they’d need to go 6-3 down the stretch.

Of course, schedule projection is all just guessing, and plenty will change from now until the time the Steelers actually take the field against those opponents. Like most things this time of year, Shook’s column is just offseason fodder.