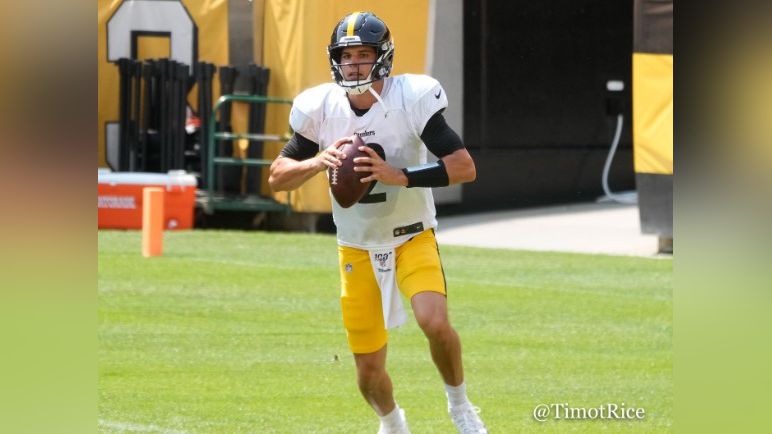 Part seven of a series I’ll be exploring over the next several weeks. Kevin Colbert is calling it a career as GM, or de facto GM, of the Pittsburgh Steelers. His career has so much in it, running the team since 2000s. Lots of highs, two Super Bowls added to the trophy case, and the occasional low, but overall, a fantastic career for a – by all accounts – fantastic person.

Layne should be considered another Steelers’ miss at cornerback. One that was fairly easy to spot. Layne lacked great size, speed, or fluidity, and his few snaps at CB in Pittsburgh predictably haven’t gone well. The Steelers have actively found other options at every step of the way from looking to the likes of James Pierre, trading for Ahkello Witherspoon, and signing Levi Wallace this offseason.

Layne has played fewer than 150 defensive snaps for the Steelers in his career. However, he’s become a solid gunner and special teamer, recording 245+ snaps there each of the last two seasons. Pittsburgh didn’t get the cornerback they wanted but they at least got a special teamer with staying power, though he’ll be in another fight for a roster spot this summer.

Gilbert has battled the injury bug throughout his career but when healthy, he’s been a solid special teamer. After struggling last summer, he made the roster and appeared in all 17 games, recording a healthy 15 tackles. He’s unlikely to ever become a fixture defensively, a bit disappointing after a promising rookie training camp, but he was a core special teamer last year, logging nearly 70% of the Steelers’ snaps there. He’s not Vince Williams but better than plenty of sixth rounders. Better than the majority of them, really.

Drafted as a strong safety, Allen moved to off-ball linebacker mid-way through his career. He struggled to even make the team his first two years, spending time on the practice squad, but stuck in 2020 and became a key special teamer last year, including working as the team’s starting upback. So far, he’s recorded 45 tackles in 33 games (three starts). Allen has played a bit defensively as a dime linebacker though his play there has been average to below. Compared to a lot of fifth rounders, Allen has turned out alright.

Let me hit you with the nostalgia machine. The fact Colbert drafted Chukky Okobi is as good a reminder as any how long Colbert has been drafting for the Steelers, taking Okobi (now in his mid-40s) back in 2001. Okobi became the ultimate Steelers’ backup, starting just seven games in six years with the team, five of those coming in 2002. But he was a trusted option and eventually became a vet on the line and in that room. And if you want rap that meets Pittsburgh, Okobi is your guy.

Sylvester was a special teamer start to finish. And hey, that’s not a bad thing. Sylvester appeared in all 16 games of his rookie season, finishing the year with 14 tackles (13 solo). His second-best season came in his last, 2013, with 12 total tackles. He played a little bit on defense that year and logged snaps when needed over his career.

I’ll best remember him for always confusing his name. Sylvester Stevenson or Stevenson Sylvester? I always had to look it up (including while writing this).

One of my favorite random players of the early-Colbert era, Mays didn’t do much as a receiver, catching just 11 career passes and never finding the end zone. He did serve as the team’s starting return man his rookie year and saw work on coverage units, racking up 12 tackles in 2003. He wasn’t the best sixth-round receiver Colbert ever drafted but Mays hung around for a couple years. He now works for a Houston hotel.

From 2002 to 2021, Green was billed as Maurkice Pouncey’s replacement. Perhaps he still will be. But his career is off to a tough start, thrown into the fire as a rookie and struggling after primarily playing guard in college. Green showed his athleticism and nasty streak but was often overpowered and struggled to stick to blocks in the run game, falling off and ending up on the ground.

Pittsburgh’s process and evaluation of him just seemed inaccurate, saying they wanted an experienced, Day One ready player and drafting Green, an underclassman making a position switch. So it’s hard to fault Green too much here. We’ll see how he looks in Year 2, a critical year for him, and his ranking could swing dramatically based on what happens in 2022.

Like most things Rudolph-related, fans will probably gripe about this ranking more than the others. Rudolph is a difficult guy to place. Pittsburgh made a small trade up for him in 2018, leaping the Cincinnati Bengals who would’ve presumably taken him. Rudolph has played a fair amount, no small feat for a third round QB, and he’s morphed into a fine but unspectacular veteran backup who can run your offense and not much else. As Kevin Colbert loves to tout, Rudolph does have a winning record, 5-4-1, but his overall play has been middling.

To be fair, Rudolph’s dealt with a lot of crap in his career and the bulk of his playing time came in 2019, his first regular season action, thrown into the cockpit after Ben Roethlisberger was lost for the year. The run game sucked, James Conner got hurt, and injuries littered the offense. At one point, Tevin Jones was catching passes for this team.

But that doesn’t absolve all of Rudolph’s issues. His poor pocket presence early in his career, the lack of mobility, and the general uninspiring play. Pittsburgh’s made darn sure that Rudolph wouldn’t start this year, immediately signing Mitch Trubisky early in free agency and drafting Kenny Pickett in the first round. Rudolph could wind up as the team’s #3 this year. He could also wind up off the roster.

Still, non-first round QBs don’t typically offer much and Pittsburgh has gotten something out of Rudolph. He basically falls in the middle of these 176 rankings, which seems fair.

Heavy group of the 2021 class on this list. Harvin didn’t have a good rookie season but was the team’s starter for 15 games (missing two after the death of his father). He certainly flashed a big leg, beat out veteran Jordan Berry in training camp, and had his moments like a terrific pin against the Buffalo Bills in Week One. But dating back to college, consistency has been his issue and he hasn’t solved it yet. Like Green, Harvin’s status could change a lot one year from now. I put him above a guy like Rudolph because Harvin started 15 games (as a punter it gets technical and weird, I know) and because he was a seventh round pick. And those guys, even specialists, don’t always make it.

Sticking with the ’21 class, which I’ve sorted lumped together. The later Day Three picks, anyway. This group will spread out over the years but Loudermilk is off to a solid start. Pittsburgh surprised many – myself included – to deal a 4th rounder to move into the 5th round to draft him last year. He got thrown into the action after all the Steelers’ d-line injuries last year and took his rookie lumps. But he has the look of a good base end against the run. His ceiling will be defined by his ability to rush the passer, which I still very much question. But he has the look of a Travis Kirschke type of player and I mean that in a positive way.

This time a year ago, Gentry would’ve been in the triple-digits on this list. Maybe this is a bit of recency bias but Gentry carved out a real role last season as the team’s #2 and blocking tight end with his rare frame and length. He did that job well and occasionally caught short passes from Ben Roethlisberger. He’ll have a similar role this year and should be the #2 from the jump. He’ll never be a #1 or a weapon in the pass game but he has a chance to be a solid, niche player, sort of like Matt Spaeth.

An easy name to forget, Mundy was a local product and sixth round pick who served largely as a backup safety in his four years with the Steelers. He officially started five games and recorded 131 career tackles. His play was certainly mixed and he had his blunders, most notably a costly illegal hit in one of the team’s many disappointing losses to the Raiders. But Mundy stuck around for the duration of his rookie contract and was a consistent contributor. He also caught a fake punt from Daniel Sepulevda.