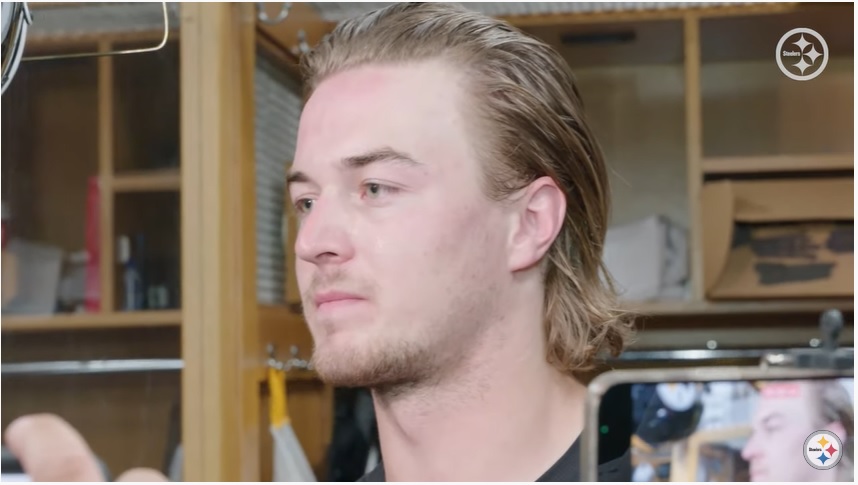 Today is the first time players were expected to show up to the facilities. Mandatory OTAs began today for the Pittsburgh Steelers, and this time, everybody is there. You got your popular kids — Cam Heyward, T.J. Watt — then you have the freshmen — Kenny Pickett, Calvin Austin III, etc.

Pickett seems to be in complete control learning the new offense that for many some may say he has the advantage over the three other quarterback’s. But for Pickett it’s a whole new learning experience.

“I wouldn’t say I’m familiar with the concepts. A lot of these guys have the same concepts or pro style concepts,” Pickett said via 93.7 The Fan. “ Just taking a day at a time, going through the installs, going through the practice script and just being as prepared as I can be.”

Offensive coordinator Matt Canada runs a lot of RPOs, which Pickett didn’t do much at University of Pittsburgh, but having weapons like Diontae Johnson, Chase Claypool, and Pat Freiermuth will be there to help Pickett. According to PFF, Pickett ran only 33 RPOs, but was able to complete 27 of 31 throws.

It’s going to be a fun mystery that will be solved later when the season starts if he is the starter to see how comfortable is Pickett in the new offense, but that’s what rookie minicamps and OTAs are for.

Coming in for OTAs is completely different than what many of the rookies are used to. Pickett even attested to that sentiment in the interview. Rookie minicamps are for the rookies to come in to learn the playbook, get accustomed to the facility, etc. As for Pickett, he has seen most of what other rookies haven’t but it’s being with the veterans that he hasn’t experienced yet.

“I mean there’s some guys here we’re all learning. We get the chance to see it before we can go do it.” said Pickett. “I think that speaks volumes for us and that’s good, really good teaching. So we’re just kind of taking it a day at a time.”

Having a new class of Steelers players who are ready to come in and learn is probably music to fans ears. When training camp begins in July at St. Vincent College, many fans will be able to see this new Steelers team in action for the first time.