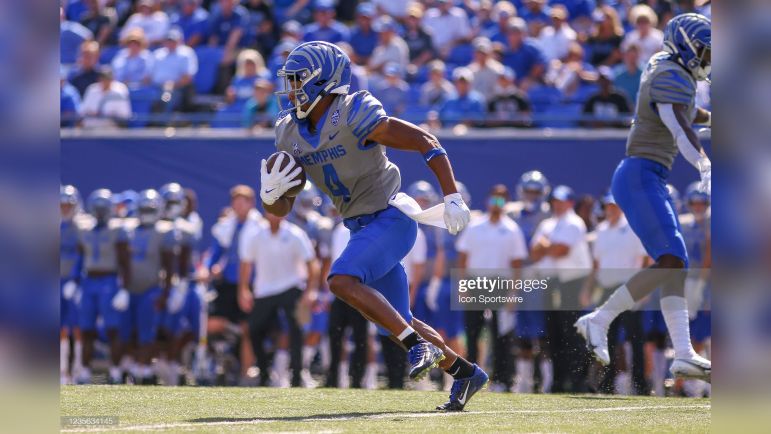 Two things will get you a quick exit from the NFL: If you’re small and slow. If you’re only one of those things, you might have a chance. Fourth round pick WR Calvin Austin III certainly isn’t that physically imposing, “first guy off the bus” type of dude. But watch him run and it’s easy to understand why the Steelers are confident in his ability to make an impact.

Speaking with reporters Saturday afternoon via the team website, Mike Tomlin talked up Austin’s speed and downplayed his lack of size.

“Speed,” he told reporters when asked how small players gain an advantage. “Run extremely fast. When you’re small, you better be fast in this game. That’s the reality of it. That’s nothing new. It’s not Earth-shattering or groundbreaking. That’s his distinguishing trait and it has to show up in all aspects of his game.”

Austin certainly checks the speed box. At 5076, 170 pounds, he blazed a 4.32 40 at this year’s Combine. Such speed translates to the tape with Austin being a big-play machine at Memphis, averaging 16.7 YPC in 2020 and 15.5 this past season, going over the 1,000 yard mark in each season. He’s also logged a pair of punt return touchdowns on just 29 career attempts, one coming on a high-IQ moment against Mississippi State.

Over Kevin Colbert’s tenure, he drafted just six players who ran a sub 4.4 40. Here’s the list:

Though Austin’s success or failure has no bearing on speedsters who came before him, it’s been a mixed bag for Pittsburgh. Archer and Reid were giant whiffs, Rainey was a later-round pick but also didn’t work out, while Wallace was a hit and Holmes caught a Super Bowl-winning pass.

Austin is a different player than really any of those other names on the list. His position and role are much better defined than Archer or Rainey’s, but he isn’t as big as Wallace, Holmes, or even Reid. After playing mostly on the outside at Memphis, Austin will kick to the slot in Pittsburgh. He’s a different type of player as JuJu Smith-Schuster, but if he can separate at the breakpoint and win vertically (which will require Pittsburgh to scheme the position differently than they have), he could make an impact right away.

The old motto is speed kills. Austin is bringing that to Pittsburgh’s offense, something they’ve been missing for years.