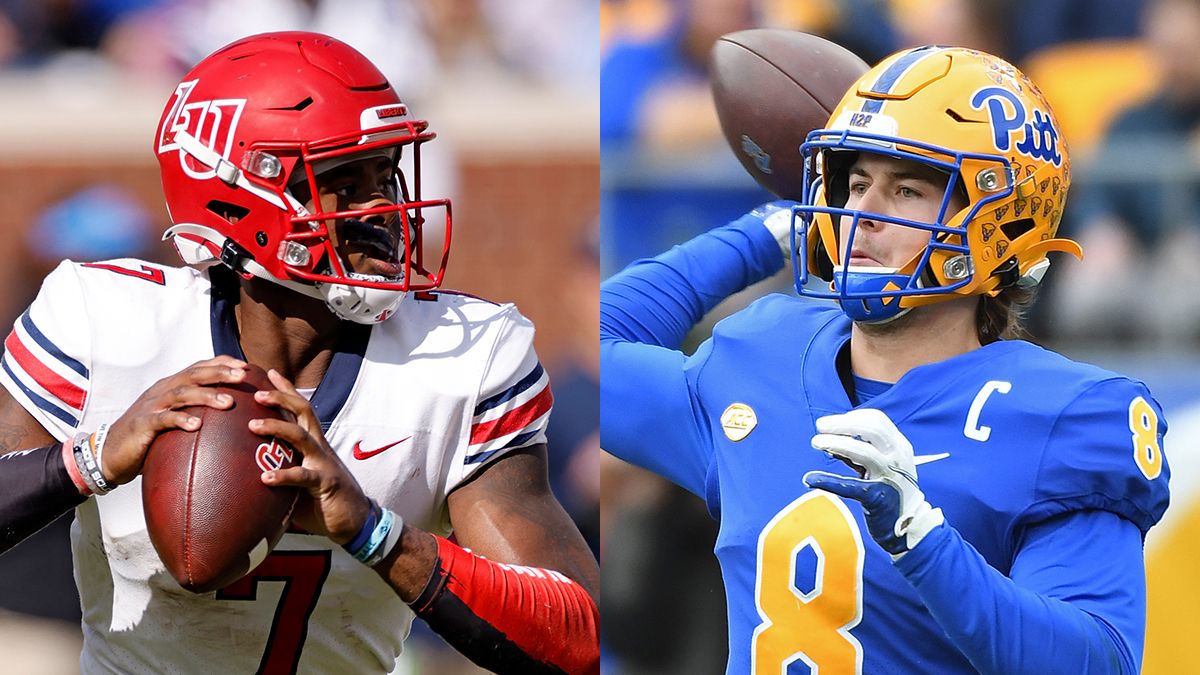 Throughout the entire pre-draft process, it was pretty evident that the Pittsburgh Steelers and head coach Mike Tomlin were hot on the tail of Liberty star quarterback Malik Willis.

Many, including this author, believed that Willis would be the Steelers’ guy in the first round at the position, whether that was through a trade up into the top 10, or sitting tight at No. 20 overall, adding a guy with impressive physical traits at the position, even if he needs a year or two to sit and learn the nuances of the position.

Instead, as is well known at this point, the Steelers went in a different direction at No. 20 overall last week in the first round of the 2022 NFL Draft, grabbing Pittsburgh quarterback Kenny Pickett as the first quarterback off the board, surprising Willis and his camp, causing some disappointment.

According to Willis’s quarterback coach, Sean McEvoy, knowing he wasn’t heading to Pittsburgh was a tough pill to swallow, especially after all the interest the Steelers had shown in the months leading up to the start of the 2022 NFL Draft. Sitting around until the third round when he was snapped up by Tennessee made it all the more harder for the dual-threat quarterback.

“Obviously, Pittsburgh was the tough one. That was the one Malik felt good about, with the conversations Malik had with the Pittsburgh higher-ups and decision-makers during the process and his visit,” McEvoy told Jeff Howe of The Athletic, regarding Willis’s slide.
“So there was a moment there to let Malik know this is what’s about to happen so there’s no shock when they call a different name than yours. That was the toughest moment of Thursday night.

“Because then, it’s like, what’s next? There weren’t a lot of teams at the end of (the first round) that were looking at a QB. Obviously, the possibility is there of a team trading up to the back of the first round to get the fifth-year option. But the idea is kind of slipping away of being a first-round pick as those last few picks dwindled away.”

Once the Steelers selected Pickett at No. 20 overall, no other quarterback came off the board in the back end of the first round, all of the second round, and much of the third round until the Atlanta Falcons grabbed Cincinnati’s Desmond Ridder at No. 74 overall, 54 picks after Pickett came off the board.

Twelve picks after Ridder in the third round, Willis landed with the Titans, giving him an ideal place to sit and learn behind veteran quarterback Ryan Tannehill, who is 34 years old.

“I want to thank You for all that You’ve done in our lives”@malikwillis closes his big day in prayer 🙏 pic.twitter.com/smZ1HITmJu

“I’m just blessed to have somewhere to call home and appreciative for the opportunity to play at the next level,” Willis told reporters. “It hasn’t really been difficult. At the end of the day when you don’t have control over something, it’s not something that you can really get mad at. I’m just grateful to be here and to be a Tennessee Titan.”

It will be interesting to see how the two careers of Pickett and Willis pan out, considering the Steelers did a ton of work on the quarterback position leading up to the draft, including Ridder, Sam Howell, and even Matt Corral. To hear Willis’s camp talk about it, the Steelers kept it very close to the vest, fooling many into believing it was Willis all along at the quarterback position before ultimately having Pickett — their top QB on their board — fall into their laps.