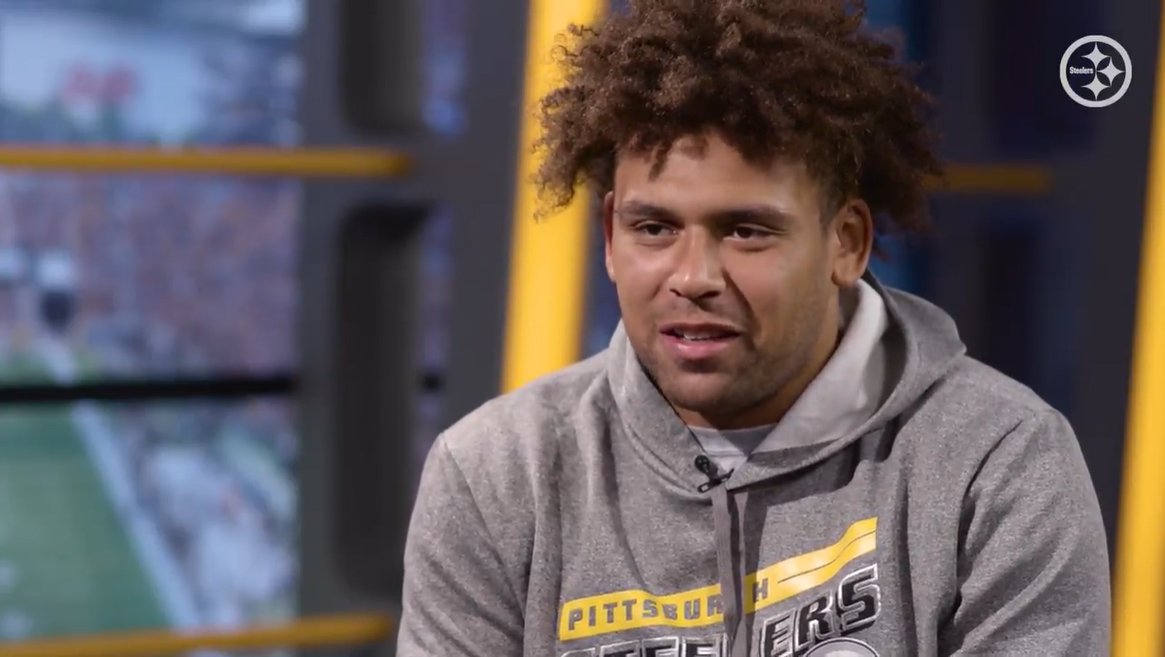 Sometimes it can be hard to avoid the fact that new Pittsburgh Steelers’ H-back Connor Heyward, a sixth-round draft pick by the black and gold in the 2022 NFL Draft, is the younger brother of Steelers’ star defensive lineman and captain Cameron Heyward.

Immediately following the selection, that’s exactly the label that was placed on the younger Heyward, at least from an outside perspective. Now that he’s been in facility and is preparing for his first full OTAs early next week though, Heyward is viewed not as Cam’s little brother, but instead as Connor himself, which the former Michigan State product certainly appreciates.

Sitting down with Missi Matthews for a one-on-one session for Steelers.com, Heyward talked about that matter, stating that he’ll always be Cam’s little brother, but he’s his own man overall.

“Everybody treats me as Connor. Cam’s a great leader, great player, and everybody knows that,” Heyward said to Matthews, according to video via Steelers.com. “But I’m my own man, and they’ve treated me like I’m my own man. And I thank them for that. Obviously I know the Heyward name has a lot of, you know, pressure here, but the more pressure, the better.

“I’m used to that, but I think it’s really cool to play with my brother and learn a lot of things. And I played with my brother Corey before, but never Cameron because the age gap difference in our age.”

That’s refreshing to hear from Connor’s perspective, because it’s gotten a bit tiring hearing about Cam’s little brother over and over again, instead of Connor getting the proper respect he’s due, having gone from running back to tight end in one year in the Big Ten, turning himself into a draftable product, landing with the Steelers, where he should be able to carve out a role moving forward.

To hear Connor say that everyone has treated him as his own man shouldn’t be much of a surprise though, considering that point was made immediately after the Steelers selected him, as Steelers’ head coach Mike Tomlin made it a point of emphasis to talk about Connor the player without any connection to Cam Heyward, telling everyone on the roster and in the facility that Heyward is the black and gold on his own merit, rather than due to his bloodline with Cam.