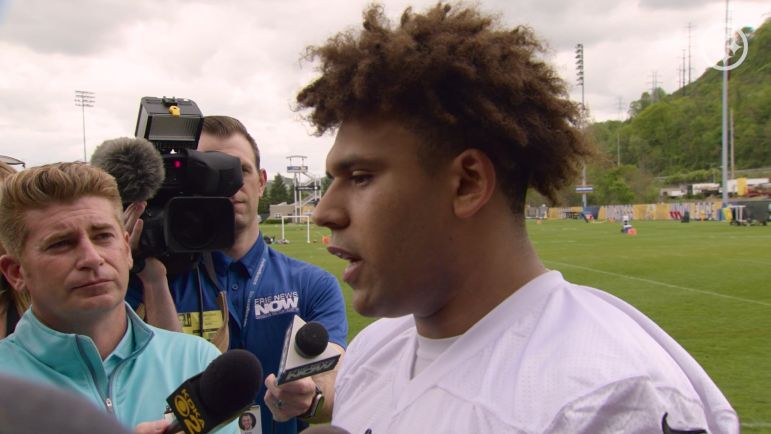 Topic Statement: Both Connor Heyward and Derek Watt will make the 53-man roster.

Explanation: Derek Watt is going into his third season with the Steelers, but the team just drafted an h-back who can perform his duties, in the form of sixth-round pick Connor Heyward, the younger brother of Cameron. While Watt is technically a fullback by position, the reality is that he was signed to play on special teams, something he did at a pretty high level last year.

Here’s the thing about Derek Watt at fullback: if the Steelers wanted to use a fullback, they would put Watt on the field and use him. The fact that they’re not should be a pretty strong indication that the primary reason they ever signed him was to be a special teams ace. His actual position isn’t all that relevant.

While the team might see in Connor Heyward an offensive player who can develop into a sort of utility man, his role as a rookie will be as a special teamer as well. The team is not deep at running back and tight end right now, so there’s no reason they can’t find room for both.

I think we’re assuming a lot when it comes to Connor Heyward and the 53-man roster. He’s not guaranteed to make it, no matter what his last name is. He’s a sixth-round pick. He’ll have to earn it. the Steelers have a running back in Benny Snell, a fullback in Watt, and a tight end in Kevin Rader, all of whom are specialists on Danny Smith’s units already. It’s entirely possible that Rader earns the number three tight end job this year after losing out to Zach Gentry behind Eric Ebron and Pat Freiermuth.

There is an outside possibility that the Steelers will actually decide to carry Heyward and let Watt go, which would save them about $2 million in cap space after displacement. I wouldn’t put my own money down on that bet, but stranger things have happened.