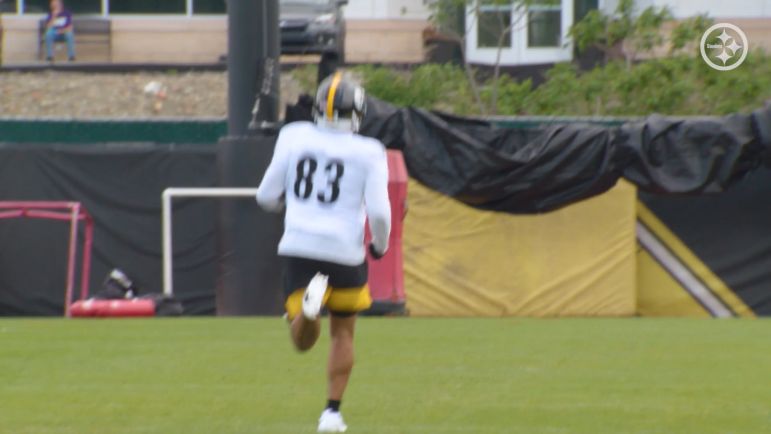 Question: Will Connor Heyward occupy the third tight end spot on the Steelers’ roster this season?

The Pittsburgh Steelers did not re-sign Eric Ebron from last season, leaving them with only two of the three tight ends that they began 2021 with on their 53-man roster. He was eventually replaced with Kevin Rader, who has been around for a few years now, mostly on the practice squad, and Heyward has been the presumptive third tight end for 2022 for a while.

But will the Steelers carry a true third tight end if they have both Derek Watt and Connor Heyward on the roster? The team is currently preparing the sixth-round pick as a tight end, with tight ends coach Alfredo Roberts his primary instructor, even if they have broader ambitions for him, and understanding that he won’t excel at everything a traditional tight end would.

While he can more accurately be described as an H-back, there are only so many roster spots to go around, and it may be a struggle to keep three tight ends in addition to both Watt and Heyward. They did carry three tight ends, Watt, and four halfbacks, and are likely to only carry three halfbacks this year, so it’s not impossible.

But it is a realistic option that they end up carrying Heyward—assuming that he does make the team—in that third tight end roster spot, which would obviously come at Rader’s expense. We also can’t forget about Jace Sternberger in the tight end conversation.