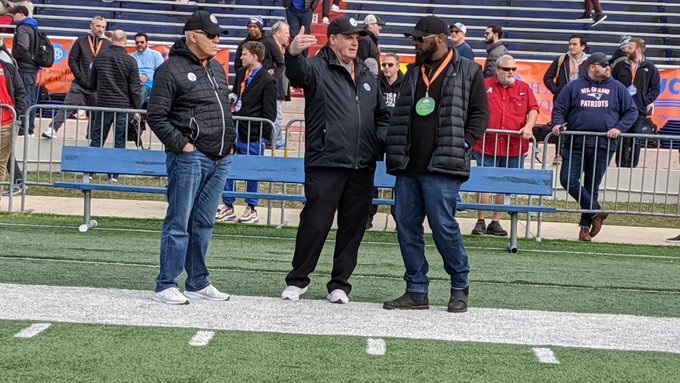 When it comes to scouting the most important position in all of pro sports, the Pittsburgh Steelers — led by outgoing General Manager Kevin Colbert and longtime head coach Mike Tomlin — have spent a ton of time scouting the quarterback position throughout the pre-draft process.

Following the retirement of Ben Roethlisberger in January after 18 years at the helm of the black and gold, the Steelers find themselves in uncharted water needing to find the next face of the franchise under center. While they have spent time and effort on the road and in the room scouting the top 6 quarterbacks at the position in Liberty’s Malik Willis, Cincinnati’s Desmond Ridder, Pittsburgh’s Kenny Pickett, Ole Miss’s Matt Corral, North Carolina’s Sam Howell, and Nevada’s Carson Strong, the time spent doesn’t ensure the Steelers will get it right come the 2022 NFL Draft.

That, Colbert said ahead of his last draft as GM of the Steelers, is the most important thing at the position itself. Missing on a QB can set a franchise back years, especially with a high pick like a first-rounder being used.

“I know I felt good about the process,” Colbert said to reporters Monday during the pre-draft press conference, according to video via the Steelers’ official YouTube page. “Again, coach [Tomlin] and I met more with that position than we have, as I referenced earlier. And then, we spent time with them, our offensive coaches, coach Sullivan, coach Canada, they spent more time with them in individual meetings…the quarterback is the most critical position in our sport.

“We have to get that right. Could we add somebody? Yes. Could we start to season without adding anybody? Yes. We’ll see where it all goes.”

Getting it right means the Steelers land a franchise-caliber quarterback in the first round, ensuring that the high draft pick was spent wisely. Some will question that usage in this draft class overall, and rightly so as there’s more questions than answers with all the quarterbacks in the class, but the Steelers are certainly invested in the class as a whole, and will likely call one of their names at some point in the coming days.

Who that is remains to be seen, but based on comments from Tomlin immediately following Colbert’s answer, the Steelers have basically played their cards like they have in years past, showing their hand as to who and what position they are focusing on in a heightened year for urgency at the position.

“I enjoy the process of having a heightened urgency per position,” Tomlin added. “It seems like, you know, a year ago where we really chopped up the running backs in a similar way. And so, I know that the process that we’ve gone through in terms of getting to know the quarterback pool has gained some attention, but it’s not in a regular process for us in terms of, you know, locking in and getting a feel for a certain pool within the pool, if you will.”