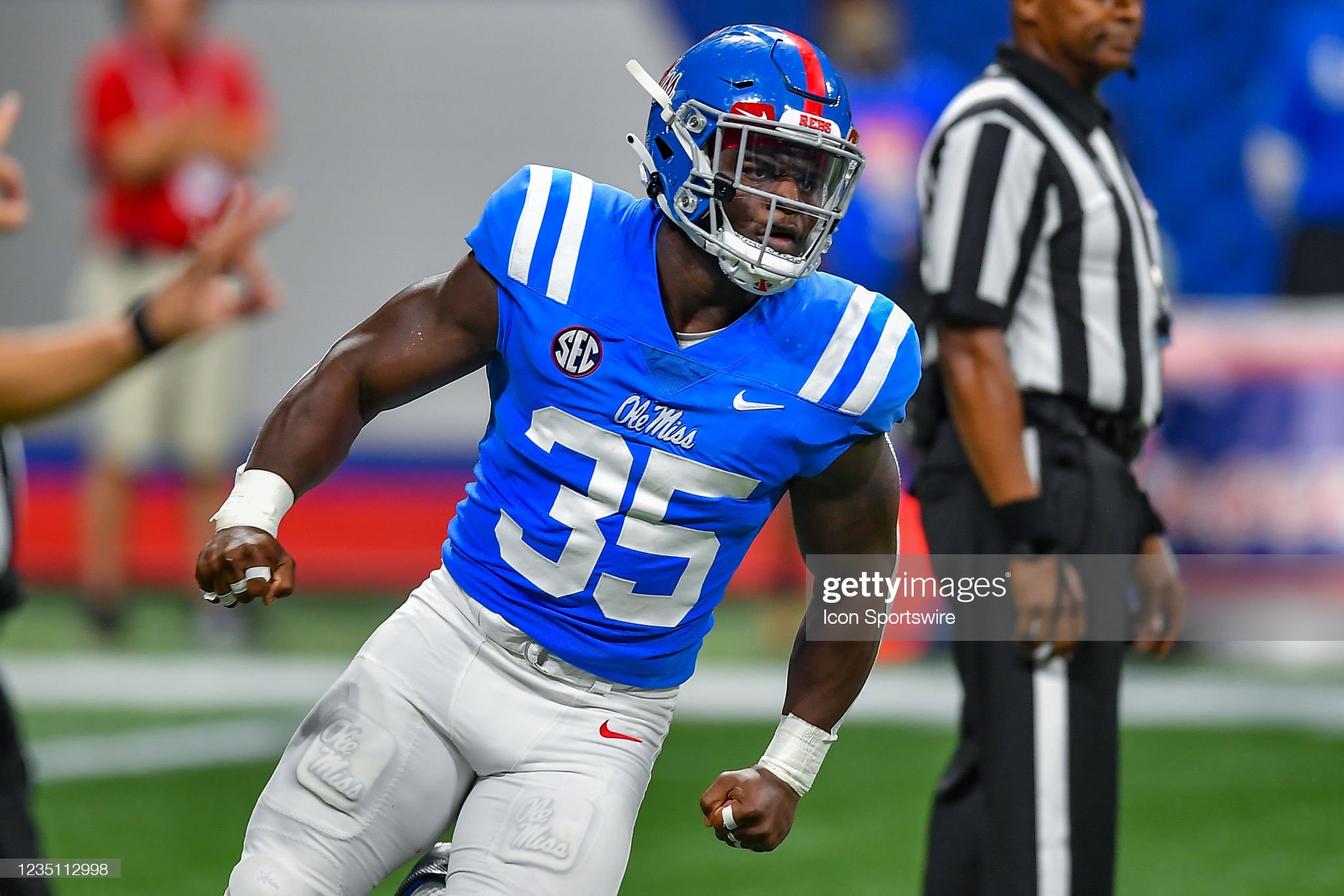 The Pittsburgh Steelers selected Ole Miss LB Mark Robinson with the 225th pick of the 2022 NFL Draft, the first of the team’s two seventh-round selections.

Robinson was one of the players brought in for a pre-draft visit. A former RB at Presbyterian and briefly at Ole Miss, he switched to LB last season and recorded 91 total tackles (5.5 for a loss) and three sacks. Robinson worked as an off-ball linebacker last year and figures to do the same in Pittsburgh.

In our pre-draft player profile, our Andrew Shaver wrote:

“Robinson is raw but there’s a lot to like.  His tackling looks violent at times, but his demeanor is calm…. In coverage it appears he gets away with uncertainty and the NFL passing attacks will look much different than what he’s witnessed so far.  For a player who switched from running over tacklers to tackling ball carriers, he looked the part and played it well at times.”

Robinson will compete with the likes of Marcus Allen, Robert Spillane, Buddy Johnson, and Ulysees Gilbert III on special teams. Given Robinson’s recent position switch, he’s more likely to begin his career on the practice squad.

Speaking about the pick, LBs Coach Brian Flores liked Robinson’s upside along with his toughness and physicality.

Check out our complete report below.